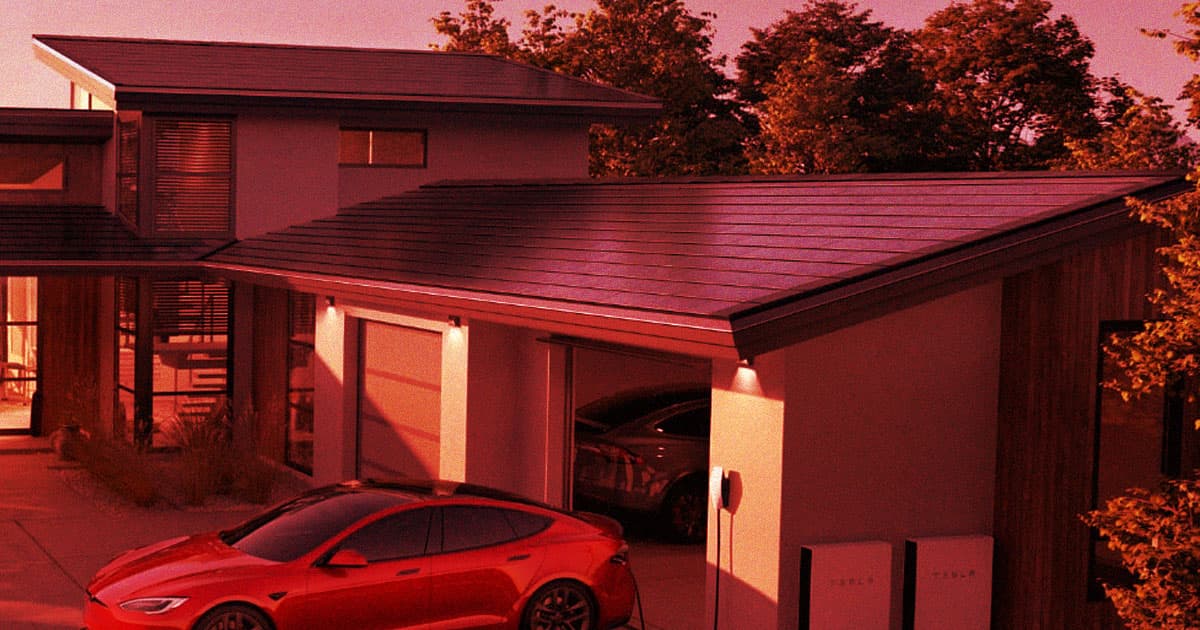 Sun's out, funds out.

Sun's out, funds out.

Eager customers of Tesla's solar roof program have been left holding the bag as the EV automaker says it's nixing operations in numerous markets, Electrek reports.

The cancellations underscore the degree to which the program has never really taken off. By Elecktrek's estimates, Tesla only installed its solar roofs on around 300 houses during the second quarter of 2022 — an underwhelming figure, especially since CEO Elon Musk has claimed the company's energy division will become as large as its automotive one.

And now, some Tesla Solar customers have been receiving emails from the company telling them that their orders for solar panels are being canceled.

"Upon further review of your project, our team has determined that your home is in an area we no longer service," the emails read, as quoted by Electrek. "As we cannot complete your order, we have processed your cancellation."

Tesla tends to be opaque when it comes to its energy division, so it's unclear which specific markets got screwed over. Electrek says the reports it's received have come from customers "in major solar markets including the greater Los Angeles area, Northern California, Oregon, and Florida."

In addition, the outlet also reports that Tesla has laid off employees in the solar scheduling, planning, and design department, but just how many is unspecified.

Historically, Tesla's solar program — controversially acquired by buying the company SolarCity in 2016 — is the one that gets the short end of the stick when it comes to reining in the budget.

In 2019, Musk admitted in a pre-trial deposition that, "If I did not take everyone off of solar and focus them on the Model 3 program to the detriment of solar, then Tesla would have gone bankrupt."

"So I took everyone from solar, and said: 'instead of working on solar, you need to work on the Model 3 program.' And as a result, solar suffered, as you would expect," he added.

Musk similarly admitted in 2022 that, for the year before, he had "shortchanged" Tesla's energy division in favor of pushing out more cars.

Considering that Musk bought the division from SolarCity with the alleged intention of bailing out his cousins that owned it, maybe it's not too surprising that the CEO seems to have no qualms over gutting it multiple times.