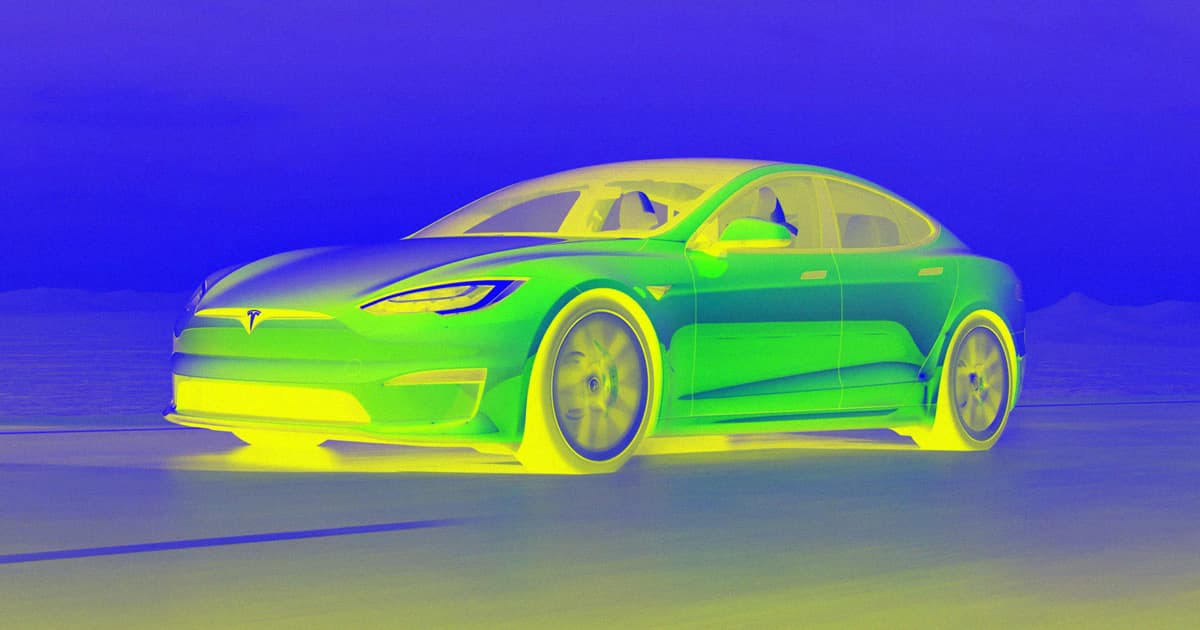 The previous record was held by the Bugatti Chiron Sport, covering the quarter mile in just 9.4 seconds.

Those shaved milliseconds were confirmed by none other than retired show host and automotive enthusiast Jay Leno, who attended the record-beating sprint. According to Leno, who spoke about the event during a recent episode of the podcast "Spike's Car Radio," the new Model S variant reached a blistering 152 mph.

The event more or less confirms what we've suspected: Tesla's upcoming tri-motor performance variant of its best selling electric sedan will be lightning fast — and is poised to prove that for raw performance, nothing can beat an electric car.

The quarter-mile record is also in the ballpark of Tesla's own claims. The company claims it can cover the distance in 9.23 seconds — which seems slightly optimistic after Bakersfield, but not by much.

The Plaid variant is also rumored to come with a huge rear diffuser and a low-to-the-ground body kit, according to sightings near the Nürburgring motorsports complex in Germany, as Teslarati reports.

Tesla will start delivering the Model S Plaid on June 10, an event that will be commemorated with a special delivery event at Tesla's factory in Fremont, California.

If the Model S Plaid doesn't do it for you, Tesla is planning to further crush records with its upcoming second-generation Roadster. Thanks to a possibly-facetious "SpaceX package," Tesla CEO Elon Musk claims that rocket-style thrusters will boost the hypercar from 0 to 60 mph in just 1.1 seconds.

More on the Plaid: New Tesla Prototype Has Retractable Spoiler