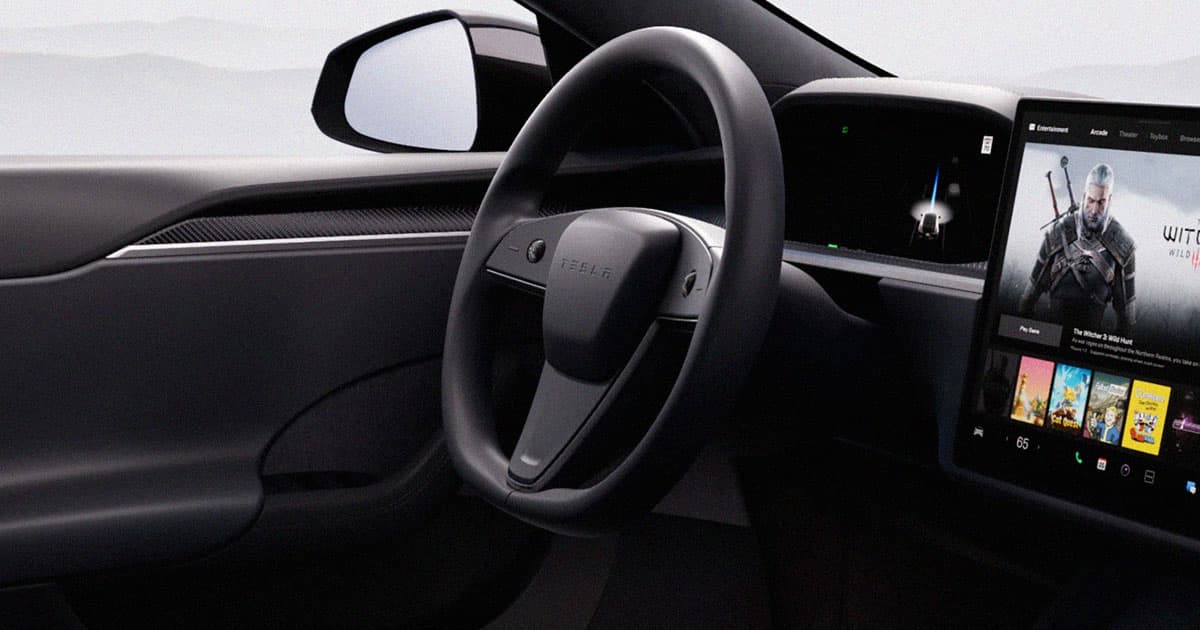 Is Tesla reinventing the wheel?

Is Tesla reinventing the wheel?

Tesla has given in and is finally offering its Model S and X with a round steering wheel instead of limiting options for both vehicles to a controversial steering "yoke."

As spotted by Electrek, Tesla quietly added the option to its online vehicle configuration tool.

Back in 2021, Tesla CEO Elon Musk announced that the yoke — a racecar-style contraption, which features capacitive buttons instead of traditional stalks — would replace a standard steering wheel.

His justification at the time was the fact that "another round wheel is boring and blocks the screen. [Full Self-Driving] in panoramic mode looks way better with a yoke."

In other words, Musk wanted the screens adorning the vehicles' dashboard to be unobstructed — which, for many, came at the cost of the driving experience.

Many had seriously mixed feelings about Tesla's latest innovation, with Consumer Reports arguing that it showed "little benefit" and was potentially dangerous.

YouTuber Marques Brownlee also recently noted in a recent long-term review of his Model S Plaid that the yoke's capacitive touch buttons, which include controls for the turn signals, simply don't work most of the time.

Unfortunately, those capacitive touch buttons will likely be featured on Tesla's reinvented steering wheel as well, as the image doesn't show any control stalks, either, as The Verge points out.

We've also seen reports of the steering yoke starting to disintegrate after just 12,000 miles of use.

All Input Is Error

Tesla already has a long track record of getting rid of practically all buttons and dials, to the dismay of many customers.

But that's all part of Musk's plan.

"In general with interfaces, all input is error," he tweeted in 2021, arguing that "you will need to press buttons less and less" as the systems learn to "ignore accidental button presses."

Whether that kind of logic sits well with Tesla's customers, some of whom are spending upwards of $100,000 for a Model S, remains to be seen.