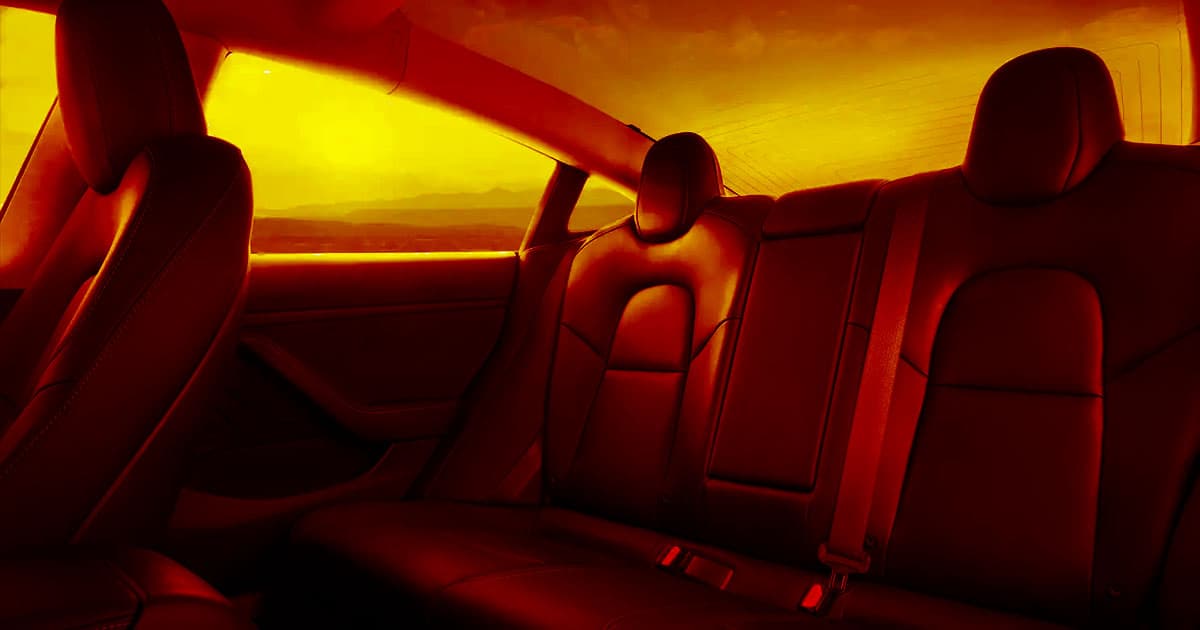 No Child Left Behind

Tesla is seeking approval from the Federal Communications Commission (FCC) to market a sensor that could tell if a child has been left in a hot car, Reuters reports.

According to the National Highway Traffic Safety Administration, 52 children died of heatstroke in cars alone in 2019.

To stop that from happening, the Elon Musk-led company wants to use millimeter wave sensors at power levels that aren’t allowed under current laws.

According to filings obtained by Reuters, Tesla’s device would use seven of these sensors. Such a radar-based system “provides depth perception and can ‘see’ through soft materials, such as a blanket covering a child in a child restraint.”

It would also be able to tell if it’s just an object as opposed to a child by detecting “micromovements like breathing patterns and heart rates, neither of which can be captured by cameras or in-seat sensors alone.”

The same system could also be used to improve current seatbelt detection technology and even “optimize airbag deployment in a crash — more effectively than existing weight based, in-seat sensor systems,” according to the filing.

Existing Tesla features, such as the Dog Mode that keeps the AC on for any dogs left behind in a car, also make use of interior and exterior sensors.

As The Verge reports, Nissan previously attempted to address the issue of children left behind in hot cars by including sensors in its 2018 Pathfinder SUV.