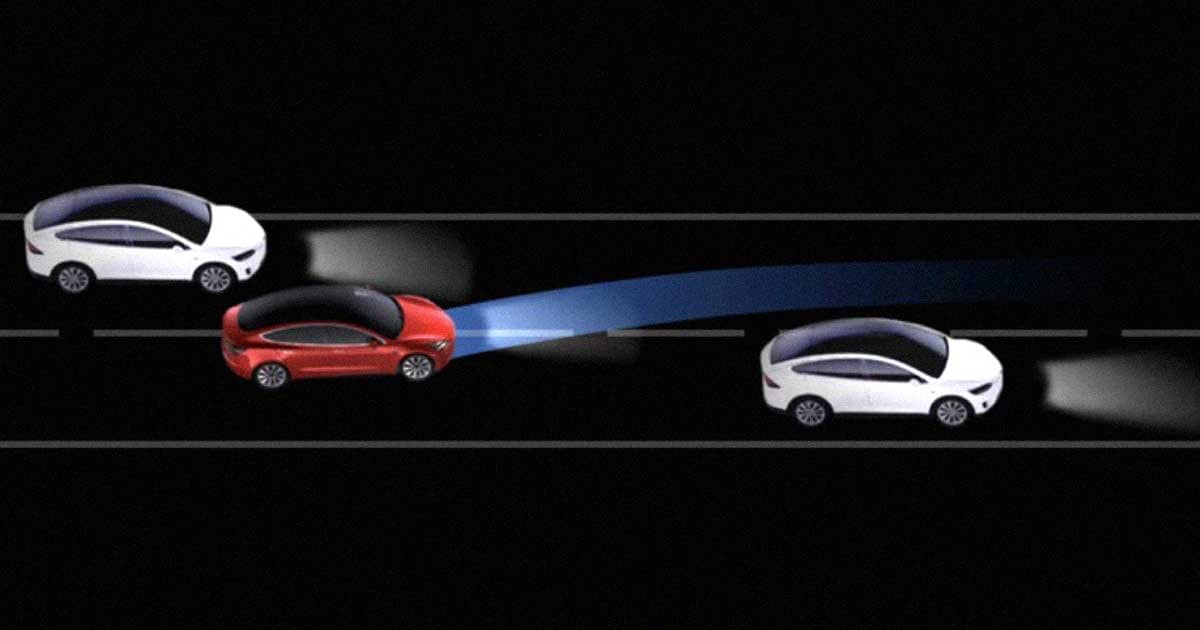 Tesla Brings Back Enhanced Autopilot, in Clever Scheme to Extract Even More Money From Drivers

Tesla has brought back its Enhanced Autopilot feature, resurrected as an option for drivers who want to spend quite a bit of money, but not as much money as possible.

That means there are now three options available: basic Autopilot, which comes standard in the vehicles, as well as the ever-controversial top-tier Full Self-Driving Mode, and now Enhanced Autopilot as a midpoint. Enhanced Autopilot was previously nixed because Tesla couldn't make good on the autonomous promises it made in its features, and moved the working bits to FSD instead.

Now Enhanced Autopilot is back, though, with basic navigation capabilities, auto lane change, autopark, summon and smart summon. It also costs a cool $6,000, which is $1,000 more than the already-appreciable price of the package back when it was last available in 2019. That's less than the eyewatering $12,000 for Full Self-Driving — which, contradicting its name, doesn't allow the vehicles to fully drive themselves — but it's still an awfully steep price tag for features that are becoming widespread in more and more competitor vehicles.

Some Tesla owners are less than impressed, complaining that the benefits really don't justify the enormous price.

"I’m not convinced $6k is worth it just for autopark, summon, and auto lane change," one commenter said on Twitter. "I have EAP now. When there’s heavy freeway traffic in LA, I trust myself more than the software to cut across multiple lanes of traffic. I usually disable it in those situations. FSD or bust, [in my opinion]."

It's also worth mentioning that the FSD includes every feature from the two lesser expensive options below it, with the addition of traffic light and stop sign control.

But until — or maybe if — the cars can fully drive themselves, it seems like a lot of marketing and posturing, with the ultimate goal of squeezing as much money as possible from enthusiasts.

Be Better
Elon Musk Reportedly Slashed the Team That Fights Child Sexual Abuse on Twitter
5:31 PM
Read More
Head Like A Hole
Elon Musk's Crying About Trent Reznor Shows That He Is a Big, Big Baby
Nov 23
Read More
Secrets Secrets
Elon Musk Vigorously Denies That SBF Secretly Owns Part of Twitter
Nov 22
Read More
+Social+Newsletter
TopicsAbout UsContact Us
Copyright ©, Camden Media Inc All Rights Reserved. See our User Agreement, Privacy Policy and Data Use Policy. The material on this site may not be reproduced, distributed, transmitted, cached or otherwise used, except with prior written permission of Futurism. Articles may contain affiliate links which enable us to share in the revenue of any purchases made.
Fonts by Typekit and Monotype.