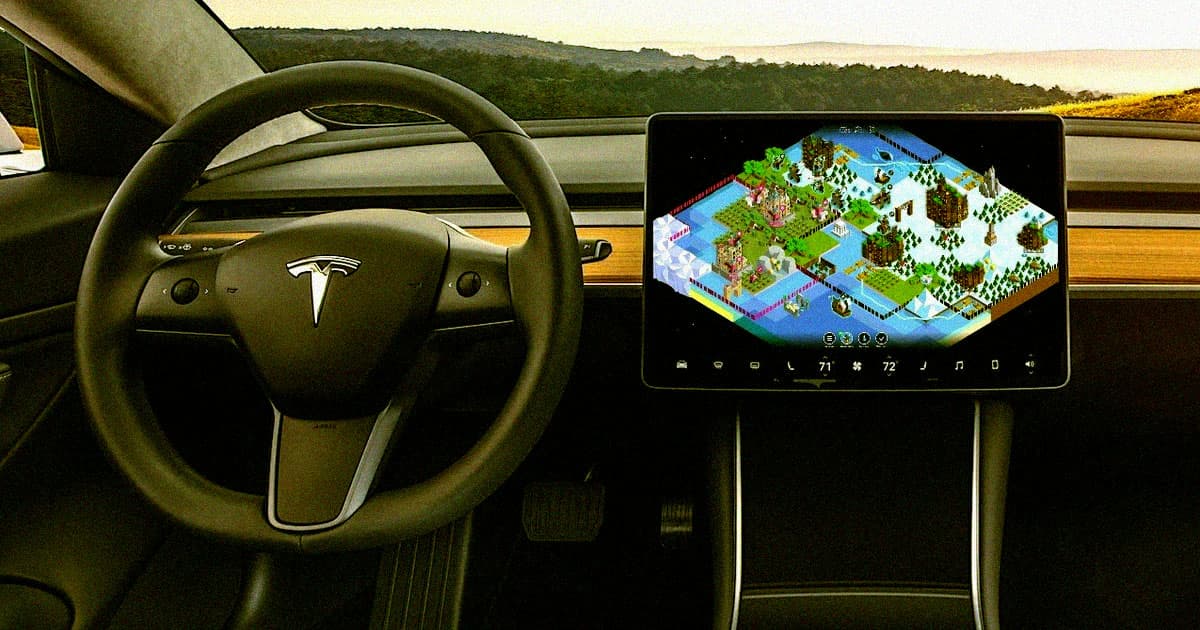 "I’m astonished. To me, it just seems inherently dangerous."

"I’m astonished. To me, it just seems inherently dangerous."

Tesla is allowing drivers — yes, the person behind the wheel who is ideally preoccupied with tasks such as "steering" — to play video games on its vehicles' massive console touchscreens while driving.

"I only did it for like five seconds and then turned it off," Tesla owner Vince Patton told The New York Times. "I’m astonished. To me, it just seems inherently dangerous."

The feature has reportedly been available for some time. Given that the company is already facing fierce scrutiny for rolling out its still unfinished Full Self-Driving beta to customers, it's not exactly a good look.

Having drivers inattentive while behind the wheel by allowing them to play games — including a strategy game, a jet fighter game, and solitaire — is bound to raise eyebrows among regulators.

In fact, the National Highway Traffic Safety Administration recently opened an official investigation into Teslas crashing into stationary emergency response vehicles while having the company's Autopilot self-driving software turned on.

It's worth noting that distracted driving remains a major cause of traffic deaths in the US, the NYT reports. And it's only getting worse, with more drivers taking their eyes away from the road to look at their smartphones.

Making matters worse, Tesla uses a simple camera, which isn't effective at night, to supervise the driver to ensure they're actively paying attention and looking at the road ahead. General Motors, on the other hand, implemented a far more reliable infrared sensor for its Super Cruise driver-assist system.

Regulators are far from impressed.

"It’s incredibly frustrating," Jennifer Homendy, chair of the National Transportation Safety Board, told the newspaper. "We’re trying to warn the public and tell Tesla, ‘Hey, you need to put some safeguards in.’ But they haven’t."