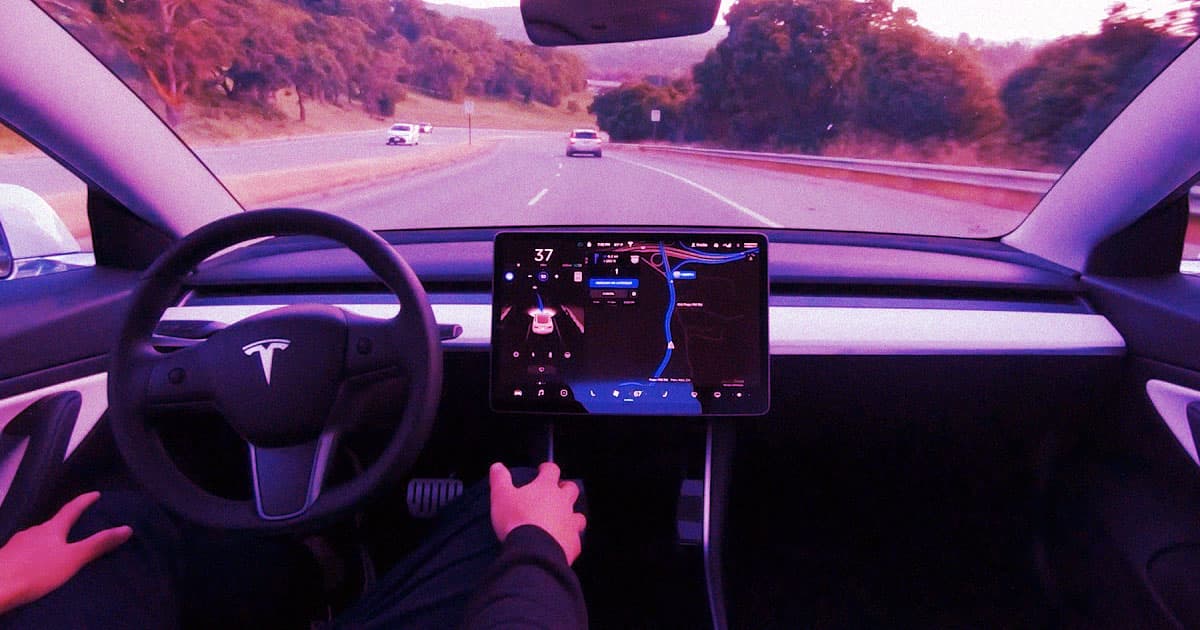 Tesla has come under a lot of scrutiny lately, including from its home state California DMV. In August, the DMV filed a complaint that accused the Elon Musk-led automaker of misleading customers by naming its advanced driver assistance systems "Full Self-Driving" (FSD) and "Autopilot" — names that heavily imply that they're fully autonomous, even though both require constant attention on the road.

So last week, the state's DMV investigators wanted to get a look at the FSD beta for themselves and held a demo at their Sacramento headquarters.

However, according to emails obtained by Bloomberg, Tesla initially didn't want to play ball. Why? Because the automaker harbored a grudge against several attending DMV advisers who had publicly been critical of Tesla in the past.

"I question whether it is appropriate to include your consultants that have made negative public statements about Tesla," wrote Jennifer Cohen, Tesla's California lead for policy and business development, to Miguel Acosta, the DMV's autonomous vehicle chief, in an email and quoted by Bloomberg. "We have yet to receive any assurance that their bias does not influence DMV's treatment of Tesla."

Acosta didn't seem to care — but was very cordial about it, of course.

"We appreciate Tesla's continued assistance in providing information regarding the latest releases and expansion of the Full Self-Driving Beta program and features," Acosta wrote. "Our consultants assist us with our ongoing examination of the technology available on California public roads."

Petty Is As Petty Does

Per Bloomberg's reporting, one of the advisers Tesla had it out for was Bryant Walker Smith from Stanford Law School's Center for Internet and Society, who said that the state's autonomous vehicle testing should apply to Tesla's FSD. How controversial!

Another was Steven Shladover, a UC Berkeley transportation research engineer who had written previously that Tesla's use of the term self-driving was "very damaging."

Making a big stink over guys whose jobs often require them to be critical of an industry they regulate? It's not a great look, especially given how mild their critiques were.

It's cagey behavior from the automaker, and it comes across as a little desperate.

After all, Tesla is under a lot of pressure. The feds are knocking on its door, too, after widening an investigation into crashes that involved FSD and Autopilot.