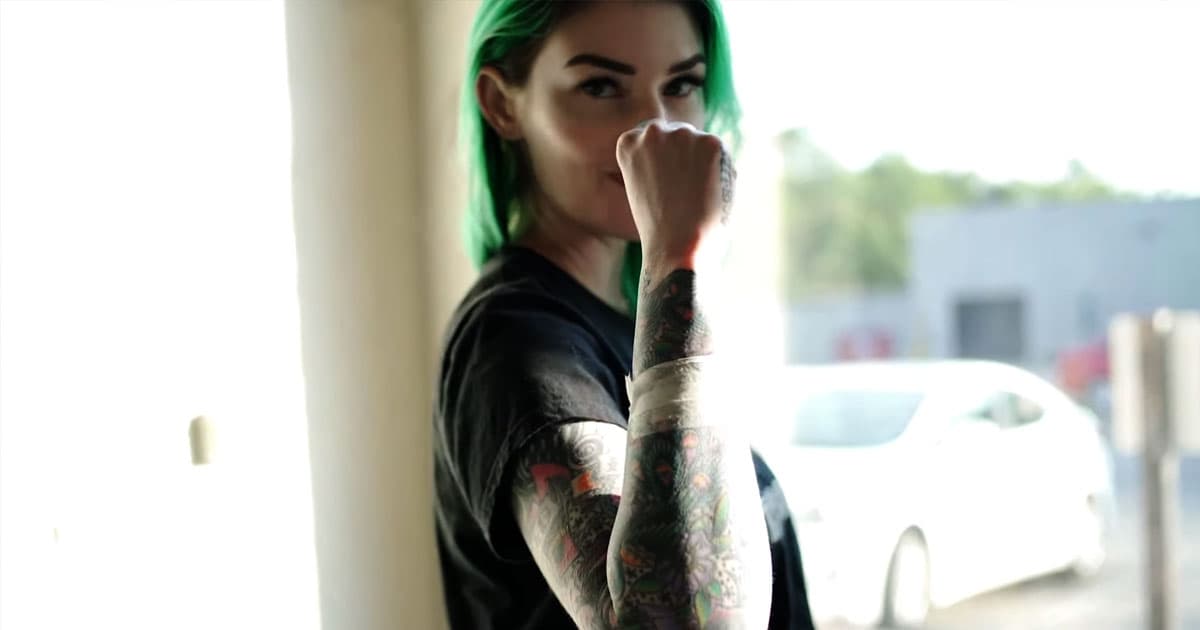 This Biohacker Implanted Her Tesla Model 3 Keycard Into Her Arm

Carrying around a physical keycard for your Tesla is so 2018.

Carrying around a physical keycard for your Tesla is so 2018.

YouTuber and software engineer Amie DD published a video last week in which she has a small RFID tag that doubles as her Model 3 keycard implanted into her forearm.

As a result, she'll never technically be locked out of her Tesla — even if she leaves both her smartphone and backup keycard at home.

Rather then electronically transferring the data, she dissolved the physical keycard — about the size of a credit card — in acetone to take the microchip out. She then had it encased in a special biopolymer that her body won't reject. Then she had a body modification studio implant the chip into her forearm.

Tesla Model 3 vehicles can be unlocked via a keycard — most of the time it's used for valets, for situations when you want to lend the vehicle to somebody else, or in case your smartphone is out of battery. In fact, all Model 3s don't have physical holes for a physical key.

And the biohack actually works. Amie DD told The Verge that the chip does indeed function, but only from a very short distance of about an inch from the car's RFID reader.

She's far from the only person who has implanted near-field communication (NFC) chips into their bodies. For instance, thousands of people in Sweden have recently opted to have a microchip surgically inserted to allow them to leave their keys or fobs at home.

READ MORE: A Tesla owner implanted the RFID chip from her Model 3’s keycard into her arm [The Verge]