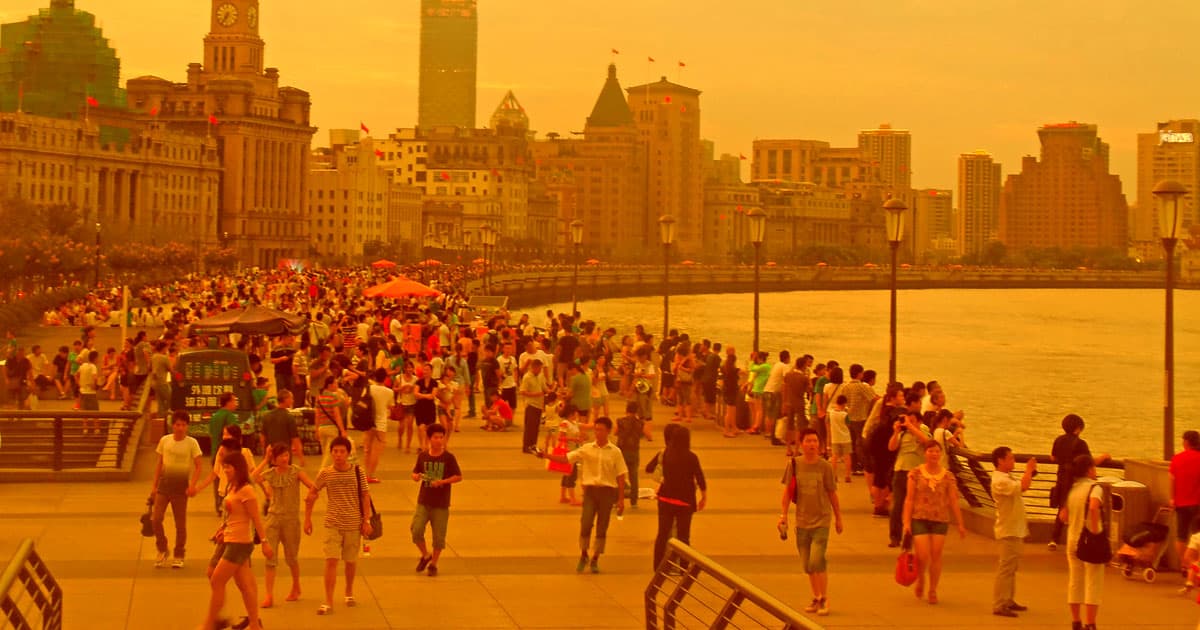 A Half-Degree Temperature Rise Will Kill 30,000 in China Per Year

For countries that signed the Paris Agreement, limiting climate change to two degrees Celsius over pre-industrial levels is the ultimate goal — and stopping it at 1.5 degrees would be even better. But new research suggests that even that half degree of warming could have dire consequences for humanity.

If the world heats up by two degrees, about 30,000 more people in Chinese cities will die every year than if global warming stopped at 1.5 degrees, according to research published Tuesday in the journal Nature Communications. It's bad news for us and the planet, and also a tangible representation of the very real threat that climate change poses to humanity.

Temperatures in China have increased faster than in other places around the world, according to Agence France-Presse. Heat waves have been linked to tens of thousands of additional deaths around the world over the course of the 21st century, per AFP, and as our climate change crisis worsens, life in China is expected to get more difficult.

In spite of that, very few researchers have projected death tolls based on global climate change, and fewer still have looked at how different demographics will be affected.

Stopping global warming at 1.5 degrees will still increase the number of heat-related deaths and health problems in Chinese cities, the research concludes, suggesting that we're at the point where the best we can do is try and mitigate the damage.

More on climate change: No Existing Policies Will Be Enough to Prevent a Future "Hothouse Earth"