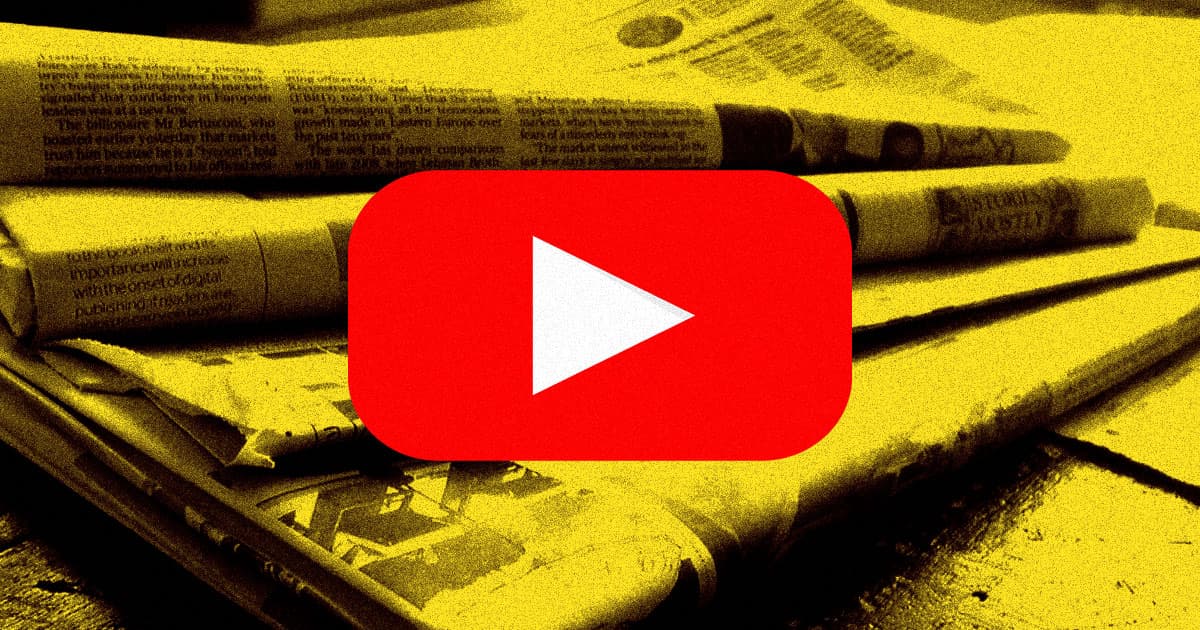 A survey shows that teens go to YouTube despite knowing it's less reliable.

A survey shows that teens go to YouTube despite knowing it's less reliable.

Teens would rather keep up on current events through YouTube and other social media platforms instead of news agencies, a new survey found.

Over half of the 1,000 teens who responded to the poll, sponsored by SurveyMonkey and the media advocacy non-profit Common Sense Media, said they prefer YouTube to established news outlets, according to USA Today. Given recent news about how YouTube promotes conspiracy theories and other misinformation, the results are an unfortunate glimpse of the future of media literacy.

Of the teens who go to social media for news, about 60 percent specifically relied on celebrities or other influencers to tell them what's been going on, according to the poll. They also clarified that they understood that their sources of news were less reliable than established media.

"We don't necessarily have a great sense of whether those influencers or celebrities have standards and ethics, or what kind of disclosures they're making," Michael Robb, senior director of research at Common Sense, told USA Today. "Are they objective sources or not? How trustworthy is their research? There’s a whole host of things that you would need to understand to know whether something is more legitimate. I’m not sure that is clear when you’re getting it from a celebrity, influencer or personality."

Copyright Beats
Iconic Lofi Hip Hop Girl Videos Taken Down by Copyright Strikes
7. 11. 22
Read More
One Rich Kid
YouTube’s Top Earner Is an 8-Year-Old Who Reviews Toys
12. 19. 19
Read More
Against the Stream
YouTube Sues Man for Allegedly Swatting a Minecraft Streamer
8. 21. 19
Read More
+Social+Newsletter
TopicsAbout UsContact Us
Copyright ©, Camden Media Inc All Rights Reserved. See our User Agreement, Privacy Policy and Data Use Policy. The material on this site may not be reproduced, distributed, transmitted, cached or otherwise used, except with prior written permission of Futurism. Articles may contain affiliate links which enable us to share in the revenue of any purchases made.
Fonts by Typekit and Monotype.