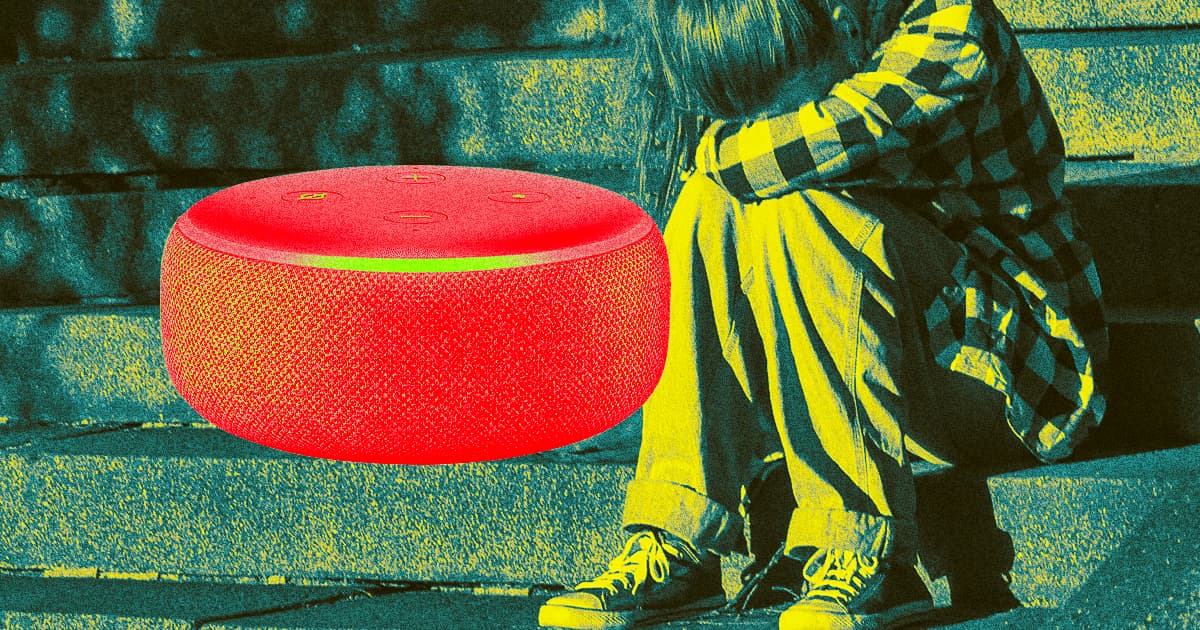 The Children Formerly Known As Alexa

"She started to not want to introduce herself because of the jokes and the backlash."

"She started to not want to introduce herself because of the jokes and the backlash."

Children can be cruel. So in an era with seemingly ubiquitous "smart" tech, it shouldn't be too surprising to hear that children are particularly horrible to kids named "Alexa," thanks to the virtual assistant of the same name.

The teasing has become a real problem, especially among children who never knew a world without smart speakers and the like. At least one family, the BBC reports, has even gone as far as legally changing their child's name in a desperate attempt to give them a fresh start. Whether or not you find that to be an extreme reaction, it is a shocking display of the impact that new technology and mega-corporations have on our lives at a deeply personal scale.

Some parents are now demanding that Amazon change the name of its virtual assistant in hopes that it will give their kids some reprieve from the bullying and teasing from their peers as well as teachers and other adults.

"She started to not want to introduce herself because of the jokes and the backlash," the mother of the girl who used to be named Alexa told the BBC. "She was and still is a child, yet adults thought it was OK to make a joke of her. It's devastating. The school was unhelpful and told her she needed to build resilience."

"She's in a much better place now," she added. "We have cut off friends and moved her to a new school to allow a fresh start. The injustice will never leave her, or us. Amazon must change the default wake word on its devices. There was clearly not enough ethical research into using Alexa."

Other parents of Alexas shared similar stories of bullying, teasing, and jokes that have long since lost their charm.

"She said to me 'I wish people didn't know my name,'" a different parent told the BBC. "People buying these devices are unwittingly adding to the problem."

More on kids and smart speakers: Expert: Future Robots Could Steal Your Children