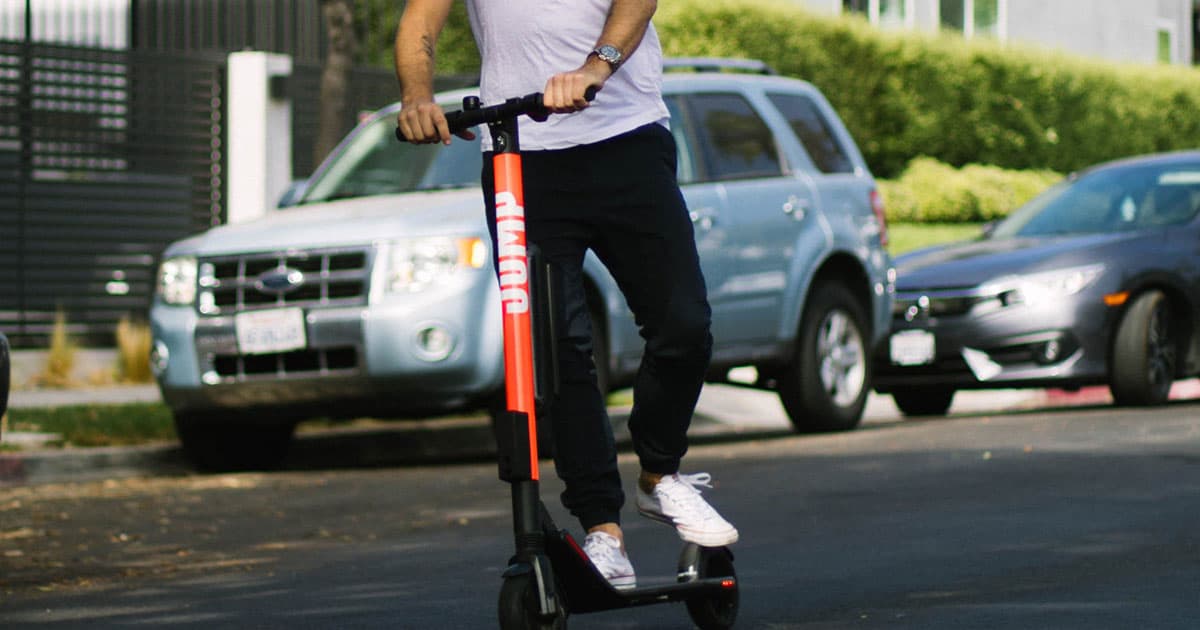 Uber Snitched on Teen Who Used Its Scooter to Rob Bank

He didn't get very far.

He didn't get very far.

Robbing a bank is never a good idea. We shouldn’t have to tell you that.

But a teenager from Austin really stretched the boundaries of what defines a bad idea. 19-year-old Luca Mangiarano decided to rob a BBVA Compass bank in downtown Austin on Thursday, Texas local newspaper Austin American-Statesman reports. His getaway vehicle of choice: a Jump electric scooter.

Mangiarano wasn’t exactly a professional when it came to robbing the bank. He disguised himself in a hoodie, walked up to the teller, and handed her a note demanding some cash, according to the Statesman. She didn’t think much of it, and handed him the cash.

A different employee watched as the teen tried to grab a scooter and fly off into the night.

The police had the bright idea of subpoenaing the data connected to the specific Jump scooter from parent company Uber. Through video footage, they were able to figure out which scooter Mangianaro used to get away.

From there, Austin police connected the (very few) dots. They even managed to get Mangiarano’s phone number, email address and credit card number, the Statesman reports.

Further condemning the 19-year-old was cellphone tower information that proved he was at the scene of the crime.

Better luck next time. A Jump bike might have been a better idea.

READ MORE: Austin teen arrested for robbing a bank after using a Jump scooter as his getaway vehicle [The Verge]

More on Jump scooters: Uber Said to Be Developing Self-Steering Bikes and Scooters

Mixed Feelings
Uber’s “Safety Driver” During Deadly Self-Driving Car Crash Charged With Negligent Homicide
9. 16. 20
Read More
RIP
Segway Is No Longer Making Its Famous Two-Wheeled Scooter
6. 23. 20
Read More
Listening In
Uber Is Going to Start Recording Audio During Rides
11. 21. 19
Read More
+Social+Newsletter
TopicsAbout UsContact Us
Copyright ©, Camden Media Inc All Rights Reserved. See our User Agreement, Privacy Policy and Data Use Policy. The material on this site may not be reproduced, distributed, transmitted, cached or otherwise used, except with prior written permission of Futurism. Fonts by Typekit and Monotype.