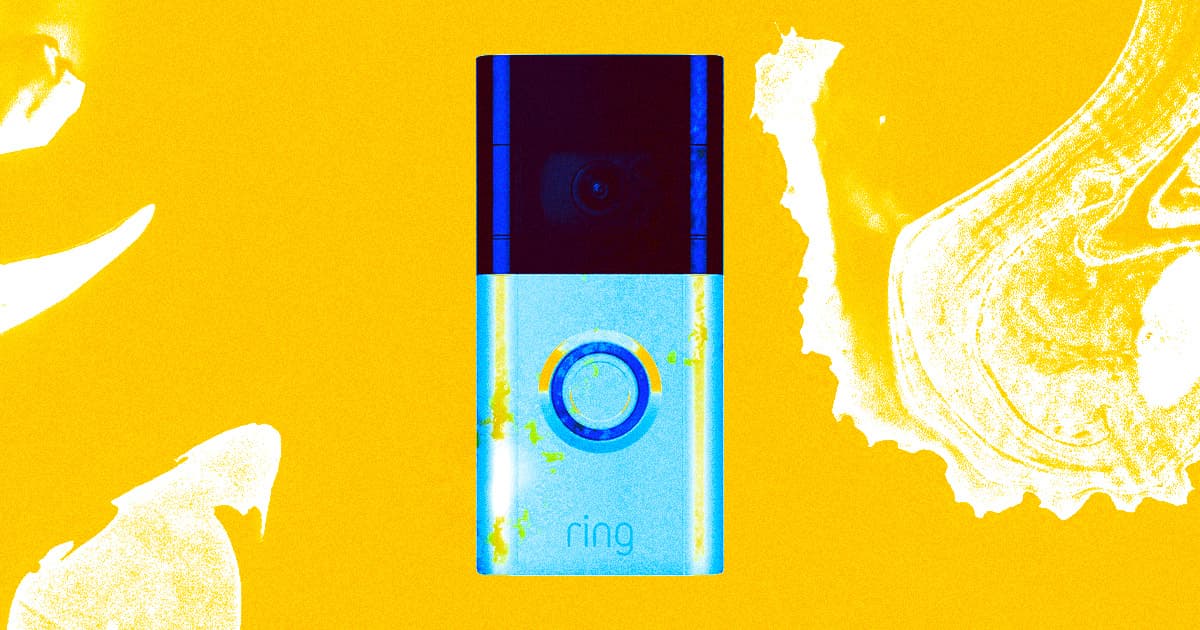 Swatting — the horrible and sometimes fatal practice of making a fake call to the police so that they burst into the home of an adversary — is bad enough. But now, these dangerous trolls are using internet-connected Ring cameras to livestream the attacks.

According to a press release by the US Department of Justice, two young men allegedly accessed a dozen Ring cameras through currently-unknown methods and carry out a weeklong spree of next-level attacks.

During the alleged incidents, the schemers were said to have swatted their victims and using the hacked doorbell cameras to livestream the attacks and sometimes issue verbal threats to the responding officers, too. The charges are grisly, but also once again underline the grim privacy implications of allowing connected cameras and microphones into our homes — not to mention underlining the irony that a device designed to be easily be accessed by police is instead being leveraged by criminals to weaponize cops against their victims.

Along with the help of a third, unidentified defendant, the two young men, one from North Carolina and another from Wisconsin, have been charged by a grand jury with conspiracy, hacking, and identify theft counts related to the both swatting and the Ring hacks.

Per the DOJ release, the swatting attacks began in November of 2020. The defendants, currently aged 20 and 21, "allegedly acquired without authorization the username and password information for Yahoo email accounts belonging to victims throughout the United States" and linked them to Ring accounts.

During the alleged swatting incidents, the boys livestreamed both audio and video from the Ring cameras and in "several" of the instances accessed the smart doorbells' microphones to taunt police, the Justice Department statement notes.

This swatting spree was so widespread and scary that in the fall of 2020, the FBI issued an advisory urging smart home products to use complex passwords and enable two-factor authentication so that their devices wouldn't get hacked, too. The DOJ added that along with the grand jury charges, the FBI is also investigating the incidents.

Against the Stream
YouTube Sues Man for Allegedly Swatting a Minecraft Streamer
8. 21. 19
Read More
A New Amazon Camera Patent Is Straight Out of "1984"
12. 2. 18
Read More
Balloon Pop
Footage Shows Chinese Balloon Being Shot Down
7:59 PM
Read More
+Social+Newsletter
TopicsAbout UsContact Us
Copyright ©, Camden Media Inc All Rights Reserved. See our User Agreement, Privacy Policy and Data Use Policy. The material on this site may not be reproduced, distributed, transmitted, cached or otherwise used, except with prior written permission of Futurism. Articles may contain affiliate links which enable us to share in the revenue of any purchases made.
Fonts by Typekit and Monotype.