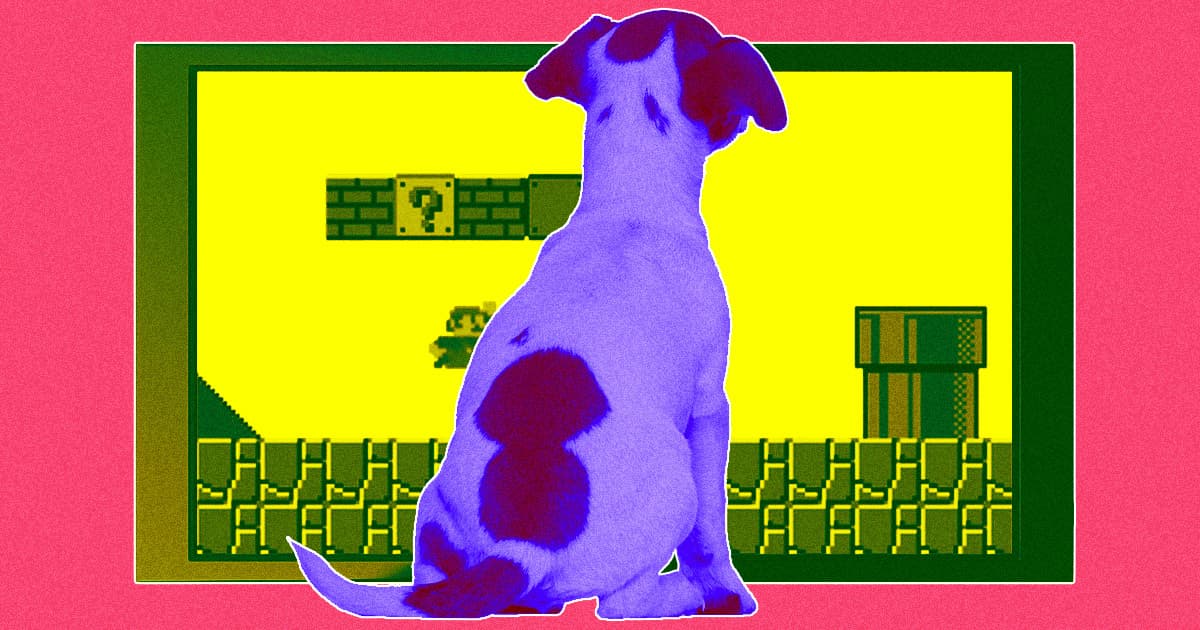 They claim that it supports cognition.

They claim that it supports cognition.

From the Department of Why Not, Axios reports that a UK-based startup called Joipaw is prototyping a new kind of videogame... for dogs.

While it might sound ridiculous, the folks behind Joipaw seem well intentioned. As the company's cofounder Dersim Avdar explained to Axios, the tech is intended to maintain — or even improve — aging doggos' cognition.

Thus, as they sell it, it's not just a game. It's that, sure, but also a mental workout machine and a Fitbit all in one. The dogs play a cognitively-engaging game of whack-a-mole, by pressing their snouts to an anti-saliva touchscreen, with the goal of working out their golf ball-sized brains. The games get harder over time, and a wearable tracker measures their progress.

"Our goal is simple: to help every dog on the planet live a longer, happier and healthier life," reads the company's website. "We do this by turning daily physical and mental workouts into a sustainable lifestyle with our console, games, and wearable tracker."

Importantly, Avdar assured Axios that the game isn't intended to replace real-life playtime between humans and man's best pal. But that being said, he reportedly told the platform that he was initially inspired by his own particularly active pup, who he and his wife found they were unable to give adequate attention due to their lifestyle.

To that point, there's definitely a fine line here. While research — as Avdar was careful to note to Axios — does support the thesis that animal-computer interaction can offer cognitive benefits, the slope between a bit of supplementary, brain-stimulating activity and a replacement for meaningful human-animal connection is a slippery one. After all, just because a kid can be entertained all day with an iPad, does that really mean that they should?

As for the mutts themselves, Avadar told Axios that they've taken just fine to the devices. So far, they've had to rely on putting peanut butter on the screen to actually get the nearly two dozen Joipaw-tested pups' attention, but from there, it's game on.

That being said, it's probably a good thing that dogs have to be prompted with peanut butter to care about a screen. Anyway. See y'all at the future Joipaw-sponsored doggo Esport expo, and best of luck to the startup.

And lest we forget, there have already been games for cats for more than a decade.

More on dogs: Scientists Discover That Dogs Cry Tears of Joy When Reunited with Owners