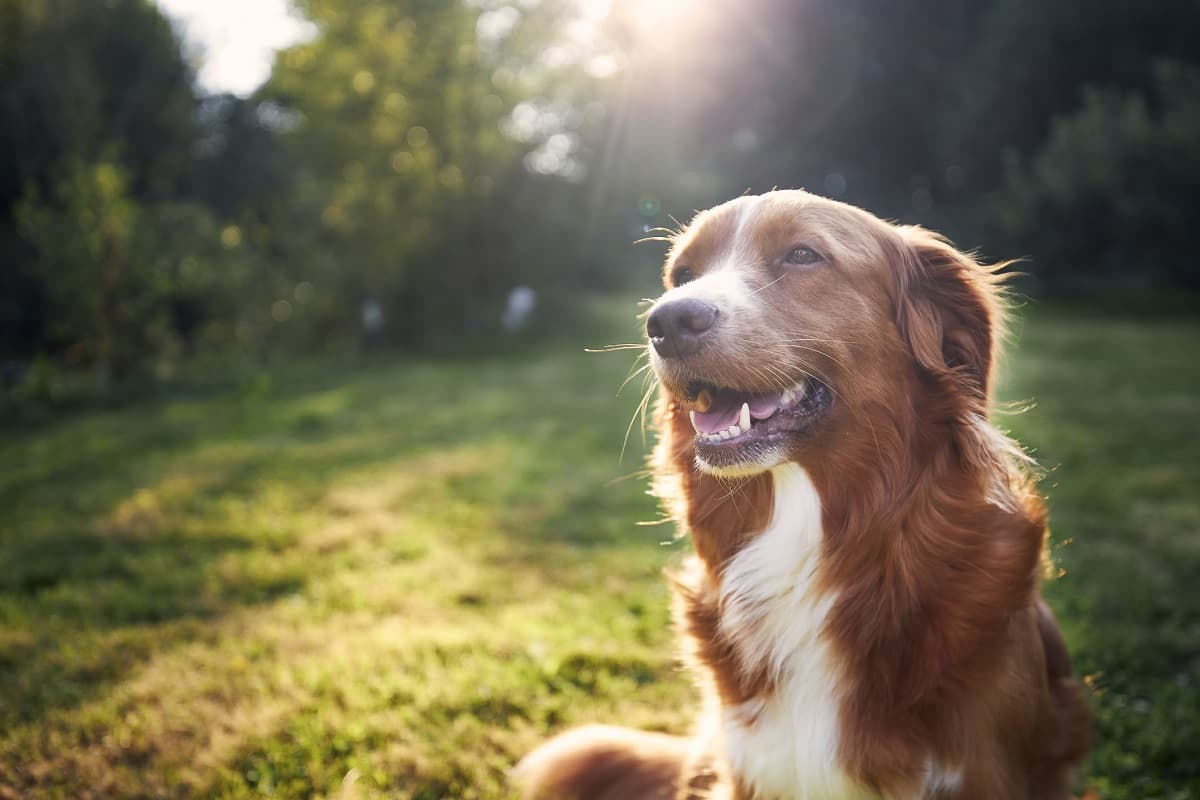 Tears of a Pup

Dogs literally cry tears of joy when they see their owners after they've been away, scientists have found in the first study of its kind that is also totally going to make us cry, too.

Published in the Current Biology journal, this study by Japanese researchers found not only that dogs shed happy tears, but also that the love hormone oxytocin — the same one that causes humans to feel emotional bonds with each other and with animals — may be underlying that mechanism.

Researcher and paper co-writer Takefumi Kikusui of Azabu University in Japan said in a press release about the study that he first began to wonder about oxytocin tears in dogs when his standard poodle gave birth to puppies about six years ago. He noticed then that his dog had tears in her eyes as she nursed the puppies, and has been fascinated by the topic ever since.

The first part of the study, as the press statement notes, saw the Azabu scientists measuring the pups' tear volume before and after reuniting with their owners, and before and after reuniting with a random human they didn't know. The dogs' tear volume did increase when they saw their people, while seeing the unfamiliar person didn't produce the same effect.

Next, the researchers added an oxytocin solution to the dogs' eyes and they found that the tear volume was even higher when the solution was added after they were reunited with their owners. This suggested to the scientists that oxytocin may be associated with the release of tears, as it is when humans shed emotional tears.

"We had never heard of the discovery that animals shed tears in joyful situations, such as reuniting with their owners," Kikusui said, "and we were all excited that this would be a world first!"

So far, nobody has studied yet whether dogs shed tears when they're sad as well — but once they do, those findings will probably unleash the waterworks in us, too.

READ MORE: Increase of tear volume in dogs after reunion with owners is mediated by oxytocin [Current Biology]

More animal love: Ambitious Researchers Want to Use AI to Talk To All Animals

The Humanity!
Chimpanzee Star of "Buddy" Found Alive After His Owner Allegedly Faked His Death
6. 6. 22
Read More
Corvid Pandemic
Silicon Valley City to Use Cheapo Lasers to Fight Invasion of Furious Crows
1. 18. 22
Read More
AI That Counts And Identifies Wildlife Could Be A Game-changer For Ecologists
6. 6. 18
Read More
+Social+Newsletter
TopicsAbout UsContact Us
Copyright ©, Camden Media Inc All Rights Reserved. See our User Agreement, Privacy Policy and Data Use Policy. The material on this site may not be reproduced, distributed, transmitted, cached or otherwise used, except with prior written permission of Futurism. Articles may contain affiliate links which enable us to share in the revenue of any purchases made.
Fonts by Typekit and Monotype.