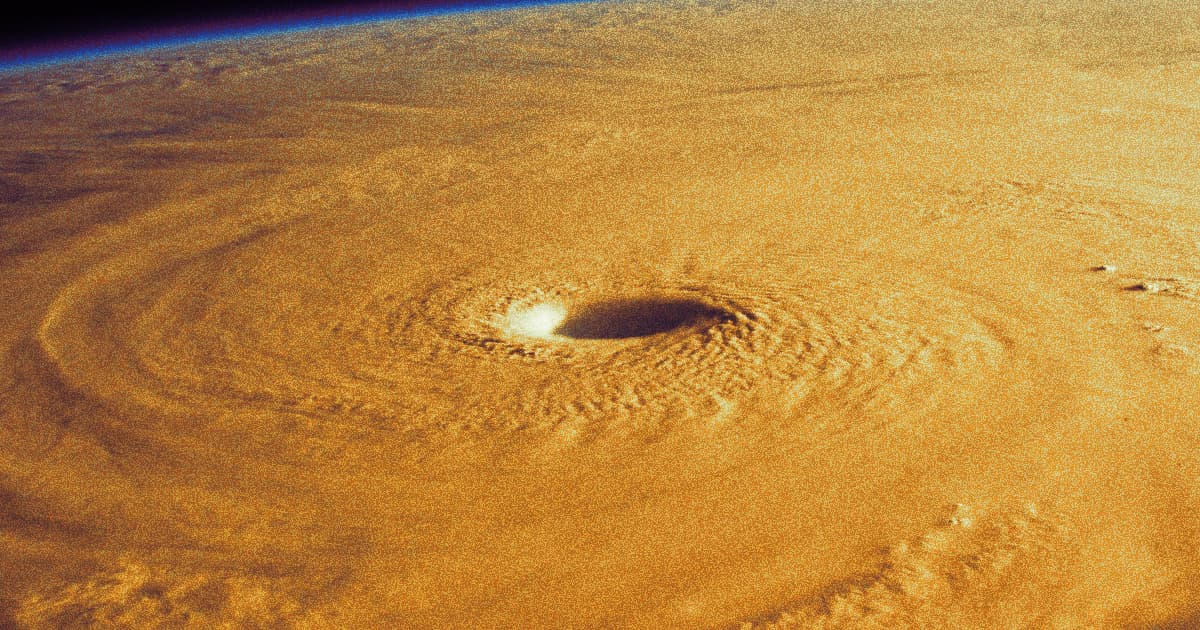 Startup Says Its Tech Can Kill Hurricanes Before They Get Strong

But there could be terrible consequences to the ecosystem.

But there could be terrible consequences to the ecosystem.

A Norwegian company called OceanTherm says it has a novel solution to stopping a hurricane in its tracks: bubbles.

More specifically, it wants to use bubbles to cool down sea temperatures in order to cut off a hurricane’s supply of warm water, according to WFTX. Since hurricanes typically "feed" off waters 80 degrees fahrenheit or higher — allowing them to intensify and grow more dangerous — the idea is that cooling them down would diminish their power.

"I’m an old submariner and knew that the water is colder deeper down in the ocean," OceanTerm CEO Olav Hollingsaeter told Fast Company last year. "So my thought was, 'why don’t we use this cold water in the deep sea mixed with the surface water and thereby reduce the sea surface temperature.'"

OceanTherm is developing what it calls a "bubble curtain" system to do just that. The contraption involves ships lowering a series of perforated pipes into the ocean in the path of a storm to generate bubbles to raise colder waters from deep below the surface.

The company also has a bubble curtain concept where the pipes are installed in a fixed location underneath the ocean, according to its website, for areas that are frequently hit by hurricanes.

While it's an interesting concept, it still hasn’t been tested yet on an actual hurricane — so it's unclear whether it could work in the real world.

To prevent a hurricane, the bubble curtain would need to stretch miles in order to have an impact. While the company plans to one day implement its system across the Gulf of Mexico, that's a very pie-in-the-sky fantasy for now.

There’s also the environmental concerns that could arise.

"When you change one thing there is a domino effect of things that can occur," National Oceanic and Atmospheric environmental engineer Tracy Fanara told WFTX. "With Florida red tide, you could be forcing an upwelling event that causes those cells to come from the bottom to up top."

So the jury’s still out on whether OceanTherm will ever deliver on their very ambitious, hurricane-killing goals. But we wouldn’t hold our breath.

California's Future Is Dry, Wet, and Scary
4. 23. 18
Read More
Extreme Weather Events Are More Frequent Than Ever
3. 22. 18
Read More
Scientists Can Now Predict Deadly Hailstorms Weeks in Advance
1. 31. 18
Read More
+Social+Newsletter
TopicsAbout UsContact Us
Copyright ©, Camden Media Inc All Rights Reserved. See our User Agreement, Privacy Policy and Data Use Policy. The material on this site may not be reproduced, distributed, transmitted, cached or otherwise used, except with prior written permission of Futurism. Fonts by Typekit and Monotype.