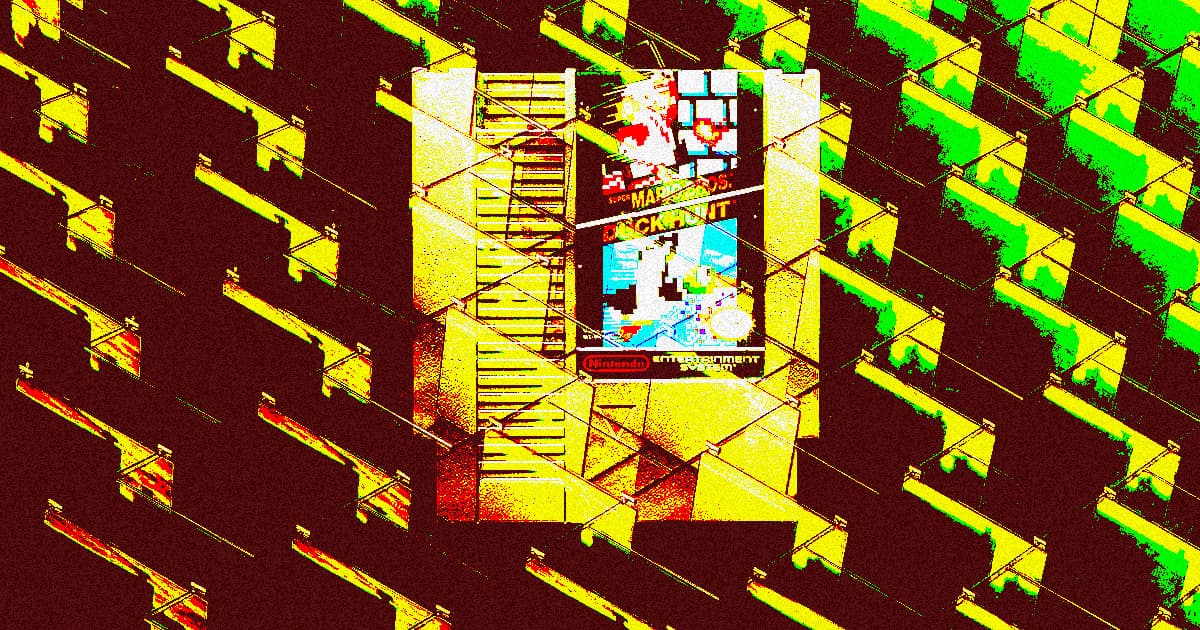 Startup Says It Can Store 100TB in Nintendo-Like Cartridges

"This is what people said we couldn't do, because a lot of people have failed in front of us."

"This is what people said we couldn't do, because a lot of people have failed in front of us."

If you've been waiting for someone to come along and disrupt the Blu-Ray market, you're in luck. An startup called Folio Photonics is attempting to take over the archival storage market, one Nintendo-ish cartridge at a time.

"Our talented engineering team has pioneered a fresh approach to optical storage that overcomes historical constraints and puts unheard of cost, cybersecurity and sustainability benefits within reach," CEO Steven Santamaria told TechRadar. "With these advantages, Folio Photonics is poised to reshape the trajectory of archive storage."

In short, Folio claims to offer a cost-effective, incredibly high-performing optical alternative to tapes, hard disks, and DNA storage. Just one of their oddly-shaped, multi-layered cartridges can allegedly fit 100 terabytes of data — for the viewers at home, that's 100,000 gigabytes, or nearly three times the storage of the densest Blu-Ray disk. Pretty impressive.

Folio says its "secret sauce" is the cartridge's many optical layers.

"Traditional Blu-ray discs are three or four layers and have been for 20 years (the Archival disc achieves 6 layers by having 3-layers on both sides)," Santamaria explained in a different TechRadar interview. "Our first product will be 8 layers per side, meaning we will have a 16 layer double sided disc."

The company also claims that unlike hard drive and tape storage, the product is "impervious" to electromagnetic disruption, damage from radiation or saltwater, and extreme temperatures — not gonna say that sounds too good to be true, but it would sort of make Folio's product the superman of all optical storage devices.

If this all feels a bit outdated, you'd be forgiven. Generally, optical storage — that's DVDs, CDs, and yes, the Folio-rival Blu-Ray disk — have gone the effective way of the dinosaur since the dawn of the Streaming Era and the omnipresent Cloud. Meanwhile, storage types like tapes, hard disks, and DNA are favored by enterprise-scale archiving purposes.

That said, all in all? If its claims are true, Folio's product is intriguing, and we're sure a number of operations could stand to benefit.

"Starting earlier this year we started writing to a five- and six-layer disc, and we're now announcing that we're writing to an eight-layer disc," Santamaria told Forbes a few weeks ago. "This is what people said we couldn't do, because a lot of people have failed in front of us."

Who knows. Maybe we'll even get a new gaming console that takes cartridges.

More on storage: Guy Claims He Invented Bitcoin But Then "Stomped on the Hard Drive" Containing Proof

Self-Replicating "DNA Computers” Are Set to Change Everything
3. 6. 17
Read More
New Tech Could Give You 10x More Space on Your Computer's Hard Drive
3. 27. 16
Read More
Pizza Personnel
Domino's Buying Hundreds and Hundreds of Electric Delivery Vehicles
Wednesday
Read More
+Social+Newsletter
TopicsAbout UsContact Us
Copyright ©, Camden Media Inc All Rights Reserved. See our User Agreement, Privacy Policy and Data Use Policy. The material on this site may not be reproduced, distributed, transmitted, cached or otherwise used, except with prior written permission of Futurism. Articles may contain affiliate links which enable us to share in the revenue of any purchases made.
Fonts by Typekit and Monotype.