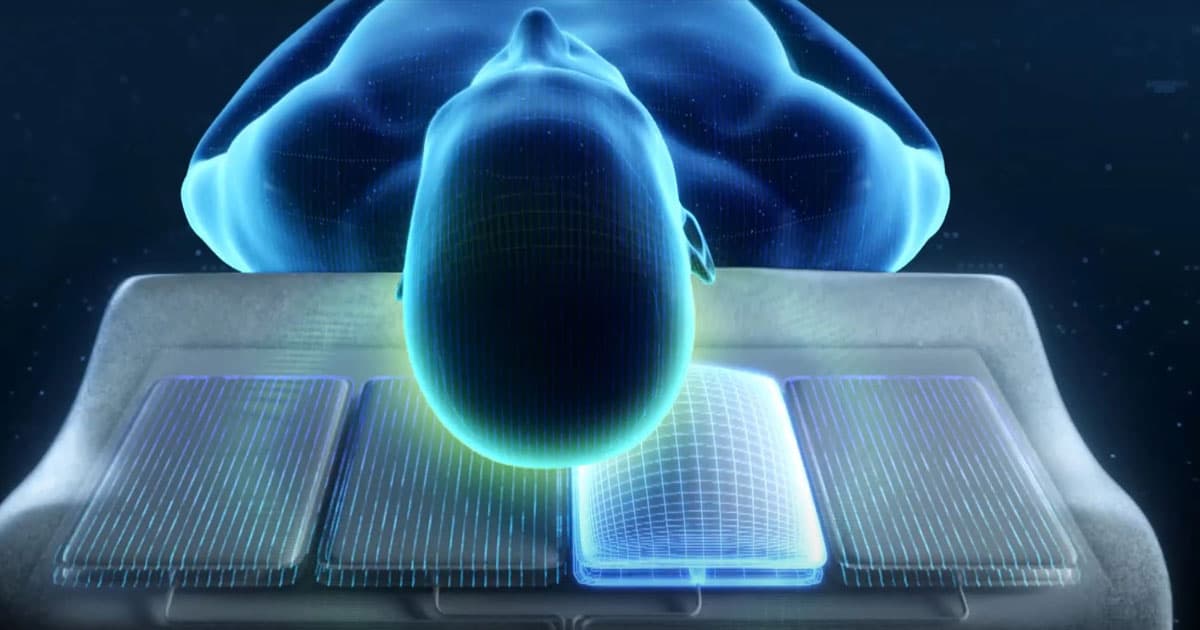 Snorers, rejoice! A startup has developed a pillow that they say detects snoring while a user is sleeping, and then physically moving their head in a bid to stop the ghastly noise, hopefully allowing snorers' partners to get a good night sleep without the need for a mouthguard or headgear-laden machines.

The device, dubbed the Motion Pillow, seems pretty cool. According to the company's absolutely wild ride of a website, it first uses machine learning to detect the sound of the users' snoring, perfecting its profile over time.

When it detects snoring during the night, the pillow jumps into action, inflating to adjust the position of the user's head. If the snoring subsides, the pillow deflates. Everyone, romantic partners especially, are happy.

While reviews online are scarce, we did find one on a site called High Tech Dad that gave a glowing assessment of the device.

"From testing with my wife for about a week, I can say her snoring was not only reduced in volume but also in frequency," le tech daddy in question wrote in praise of Motion Pillow. "This innovative device detects snoring and then magically inflates airbags inside the memory foam pillow to gently raise the snorer's head slightly to prevent or reduce snoring."

Magical-sounding indeed! And while our allegedly high tech father figure is aware of the product's above-average-for-a-pillow price tag, he seems to think it's worth it.

"While is it a bit pricy," the techno daddio offered, "being able to get a better sleep, either as the snorer or the person next to them is worth the price."

In any case, we've yet to try it, but it was a 2023 Consumer Technology Association Innovation Awards Honoree. Plus, snoring is a legitimate issue for a lot of folks — couples especially — out there. If you've got roughly 400 extra beans in the bank and either you or your partner struggle with, as Motion Pillow would say, "nose metal," we wouldn't blame you for giving it a whirl.

Brands We Love
This Delicious Sleep Aid Helps You Rest Without Sedatives
3. 1. 21
Read More
Brands We Love
Say Goodbye To 'Coronasomnia' With the Yana Sleep Body Pillow
2. 19. 21
Read More
Brands We Love
'Euphoric Beverages' Provide The Alcohol-Free Social Lubrication You've Been Waiting For
10. 7. 20
Read More
+Social+Newsletter
TopicsAbout UsContact Us
Copyright ©, Camden Media Inc All Rights Reserved. See our User Agreement, Privacy Policy and Data Use Policy. The material on this site may not be reproduced, distributed, transmitted, cached or otherwise used, except with prior written permission of Futurism. Articles may contain affiliate links which enable us to share in the revenue of any purchases made.
Fonts by Typekit and Monotype.