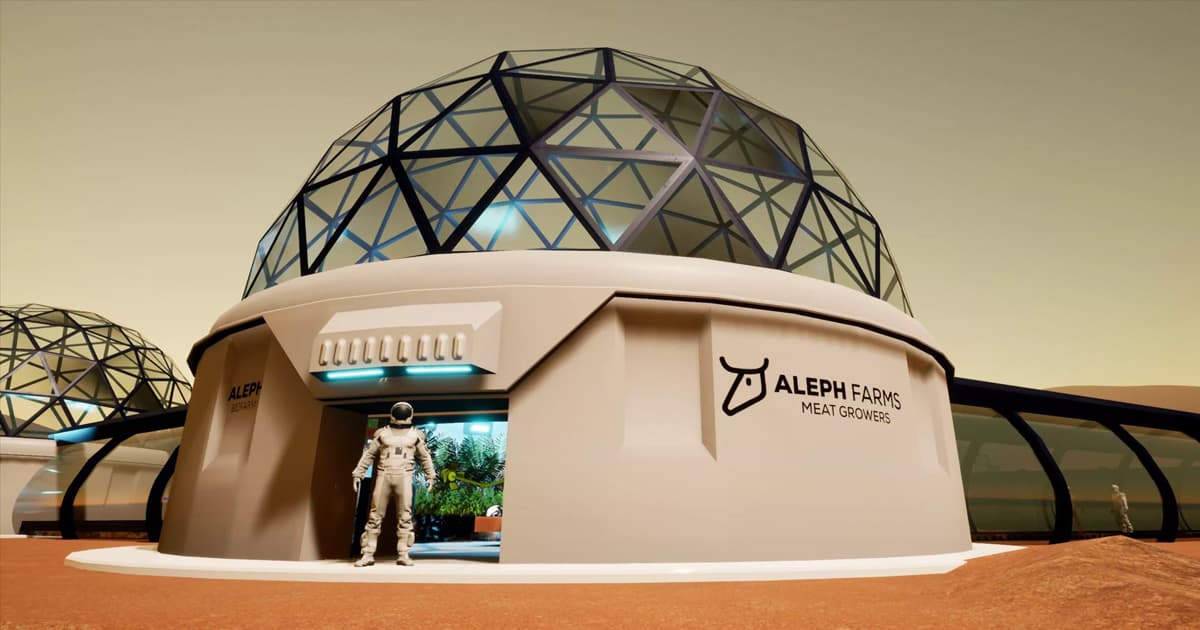 "When people will live on the Moon or Mars, Aleph Farms will be there as well."

"When people will live on the Moon or Mars, Aleph Farms will be there as well."

Israeli startup Aleph Farms just launched a space initiative which focuses on producing fresh quality meat anywhere — even in hostile environments like colonies on the Moon or Mars.

In other words, they want to produce meat in places where raising cattle isn't an option.

It's an exciting idea to the pioneer of meat production in space — but as of right now, the program isn't much more than a handful of renders and strategic partnerships with technology companies and space agencies.

Aleph Farms has already completed its first experiment on board the International Space Station last year, a collaboration with 3D Bioprinting Solutions, a Russian biotech company.

The experiment was hailed as the "first slaughter-free meat experiment in space," involving a proof of concept 3D printer assembling small-scale muscle tissues collected from live animal cells into what essentially ended up being a tiny piece of steak.

"The constraints imposed by deep-space-exploration — the cold, thin environment and the circular approach — force us to tighten the efficiency of our meat production process to much higher sustainability standards," Aleph Farms co-founder and CEO Didier Toubias said in a statement. "The program ‘Aleph Zero’ reflects our mission of producing quality, delicious meat locally where people live and consume it, even in the most remote places on Earth like the Sahara Desert or Antarctica."

And the same goes for space.

"When people will live on the Moon or Mars, Aleph Farms will be there as well," he added.