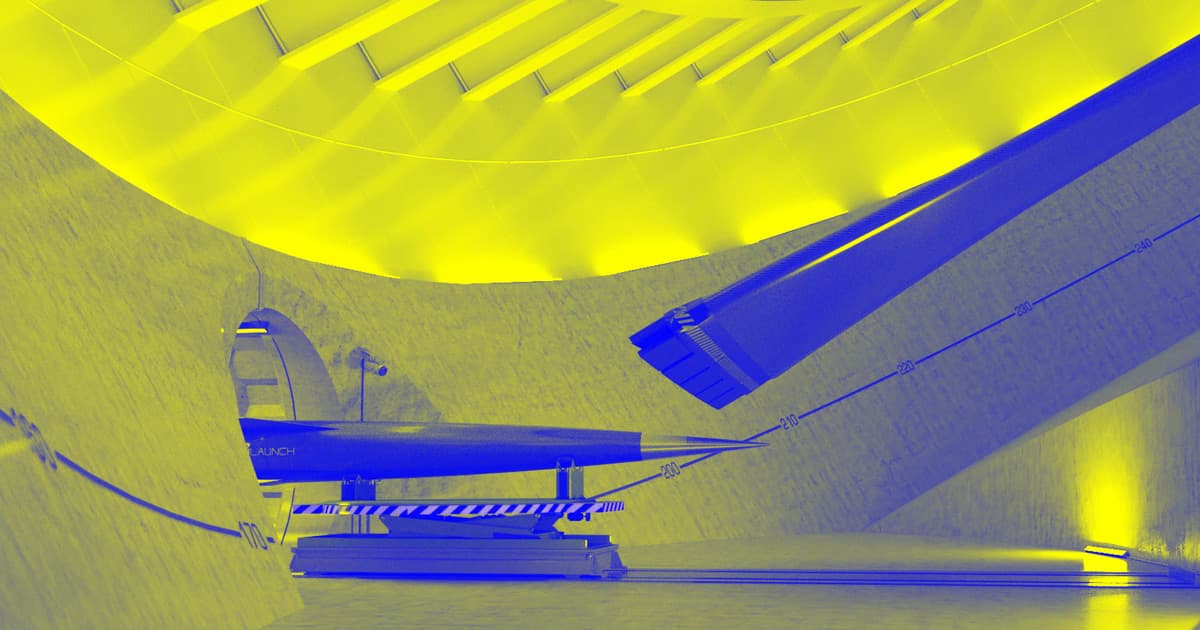 This Startup Plans to Fling Rockets Into Space With a Centrifuge

The company still has to prove its satellite slingshot will actually work.

The company still has to prove its satellite slingshot will actually work.

The outrageous concept would use the centrifuge to accelerate a small payload to speeds exceeding 5,000 miles per hour inside a vacuum chamber. A door to a launch tunnel would then open and send the payload into the stratosphere. A short burst of its engine will then take the load into orbit — at least in theory.

The idea is to greatly reduce the amount of rocket fuel required per launch. The company also claims it can launch payloads up to five times a day, something that'd take other companies at least a month, according to Wired.

Founder and CEO Jonathan Yaney told Wired that eventually the company could offer satellite launches for less than $500,000.

The company still has a lot to prove and has tended to play its cards very close to the chest. So far, it has only slammed an 11 pound dummy payload into a steel wall after accelerating it to more than 4,000 miles per hour, Wired reports.

While an iPhone survived the extreme forces during acceleration, critics are still worried that electronics could take a beating during the spin.

Despite the criticism, the company is going full steam ahead. In May, it broke ground for a new test facility three times the size of the company's existing one at Spaceport America in New Mexico. And the company signed a contract with the U.S. Department of Defense in June.

Soldiers Are Training in Virtual Environments Generated From Real Cities
4. 23. 18
Read More
Here's What's Happening With the World's First Space-Based Nation
6. 22. 17
Read More
A Solar Powered "Forever Drone" May Be Replacing Our Satellites
6. 6. 16
Read More
+Social+Newsletter
TopicsAbout UsContact Us
Copyright ©, Camden Media Inc All Rights Reserved. See our User Agreement, Privacy Policy and Data Use Policy. The material on this site may not be reproduced, distributed, transmitted, cached or otherwise used, except with prior written permission of Futurism. Articles may contain affiliate links which enable us to share in the revenue of any purchases made.
Fonts by Typekit and Monotype.