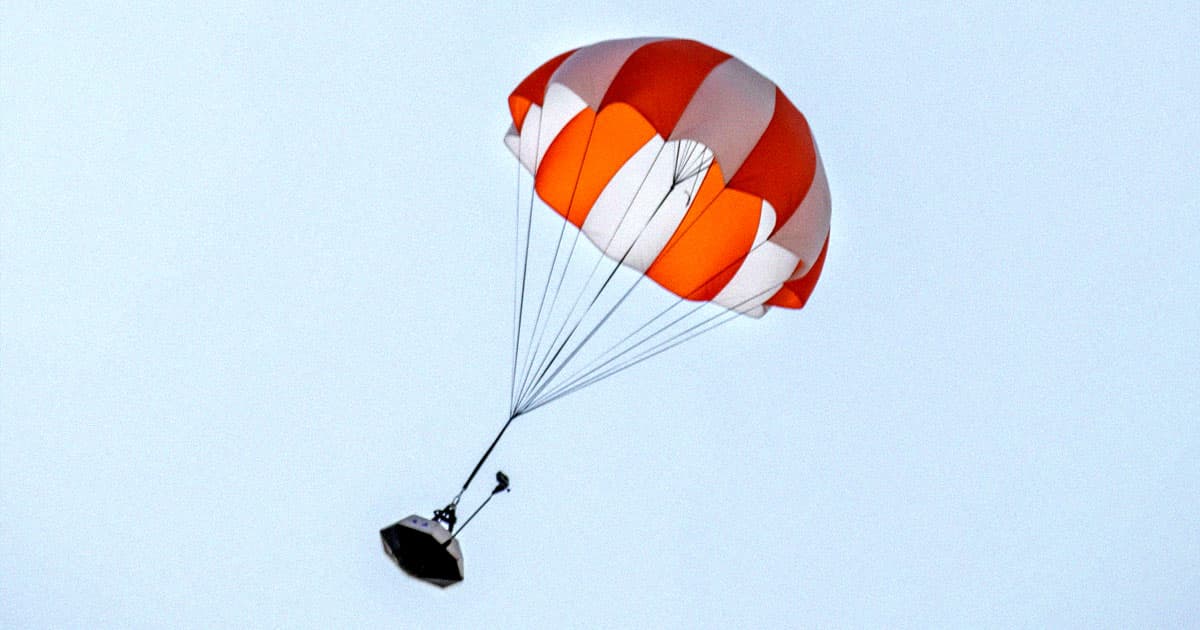 A startup called Inversion Space wants to transport goods by launching them into Earth's orbit, storing them indefinitely up there in special capsules, and then sending them screaming back to Earth at 25 times the speed of sound.

But wait, this weird orbital Rube Goldberg machine gets even stranger. A core part of the pitch, The New York Times reports, is that the capsules could drop artificial human organs down to hospitals before they're needed for medical procedures. If any of that sounds far fetched, you're not alone — but it's locked down some mainstream support anyway, in what's either a galaxy-brained glimpse of the future of space travel or a dire sign of an approaching space investment bubble.

Inversion Space cofounders Justin Fiaschetti — a former SpaceX intern who dropped out of college — and Austin Briggs told the NYT that their goal is to create capsules the size of several carry-on suitcases that can both store things in space and deliver them to points all over the globe at blistering speeds.

Both just 23 years old, Briggs and Fiaschetti have already secured $10 million in seed money to fund the venture. They also joined the storied incubator Y Combinator, lending the peculiar scheme an aura of credibility.

In addition to firing artificial organs down to Earth, they say, the bespoke space storage units could also hold mobile hospital units that could be deployed anywhere on the planet.

It's worth pointing out that numerous major advances would be necessary for Inversion to realize its mission. For one thing, viable artificial organs don't actually exist yet. And spaceflight would need to become radically more affordable to make launching something into space and then back down to Earth anywhere near as affordable as a commercial jet, which is already fast enough to deliver medical supplies pretty much anywhere they're needed.

While traditionally cost-prohibitive, it's true that rocket launches are becoming cheaper and cheaper every year. While large rockets like SpaceX's Falcon 9 still cost millions per payload, Inversion Space's founders said they designed their capsules to be small enough to fit easily onto any given rocket, effectively acting as cargo stowaways.

Some clearly find the idea compelling enough for a major incubator and an NYT profile. But the logistical hurdles between Inversion Space's current position and its goals feel almost insurmountable — and maybe that's a perfect encapsulation of the current commercial spaceflight industry.

More on space: A Derelict Rocket Just Smashed Into The Moon, Experts Say