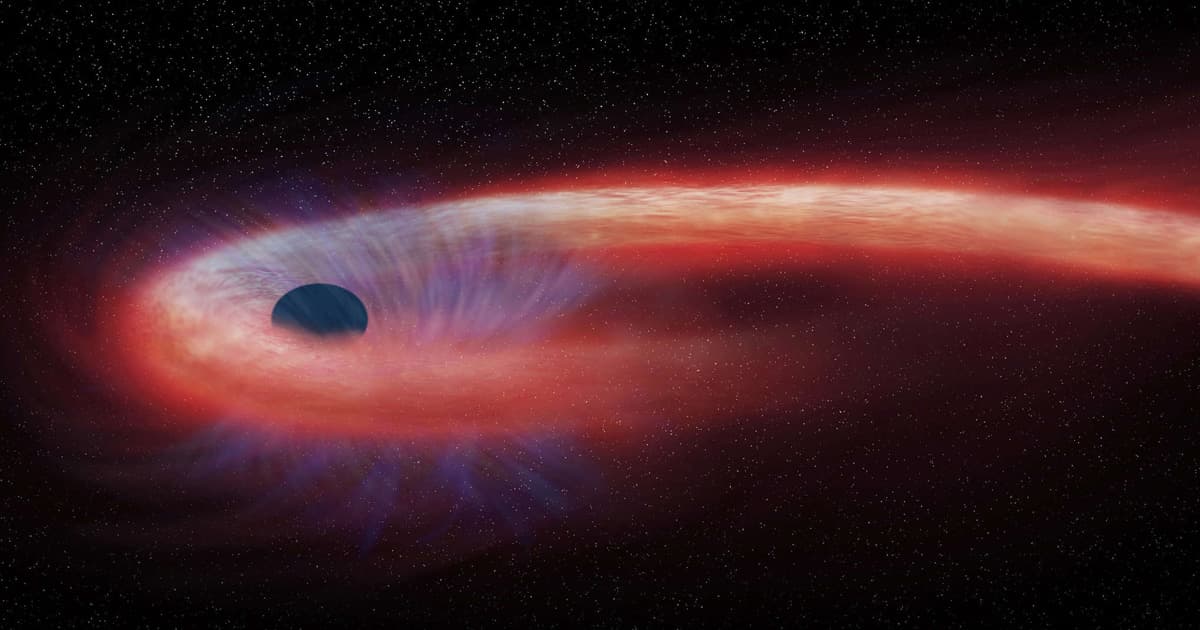 Somebody Accreted My Spaghet!

The process is known as "spaghettification."

The process is known as "spaghettification."

For the first time ever, astronomers have spotted evidence of a distant star that has wrapped itself around a supermassive black hole, Space.com reports — a grim process known as "spaghettification."

For a while now, astronomers have seen bursts of electromagnetic radiation emanating from black holes. Their theory: those bursts are from stars being torn apart.

But until now, they haven't been able to directly observe the shape of these leftover bits of stars.

In a new paper published in the journal Monthly Notices of the Royal Astronomical Society, an international team of scientists say they were able to observe evidence of the actual strands of a "spaghettified star."

As stars enter their final stages of life, they tend to either cool down or explode in a supernova, obliterating everything around them. Stars closer to the centers of their galaxy face a different danger, though: they are under the threat of being torn into long strips.

That's thanks to the galaxy's central black hole — astronomers have long observed massive black holes at the centers of most galaxies — tugging at one side of the star far more than on the other, a process known as spaghettification or as a "tidal disruption event."

These spaghetti-like strands of former star-stuff then eventually get slurped up by the black hole, causing epic bursts of radiation.

While we have seen evidence of these bursts, astronomers were only now able to see the outlines of the actual strands themselves while looking at one of the poles of a black hole.

Their observations suggest that long strands of star remains wrapped themselves around the black hole several times — like a spaghetti coiled around a fork.