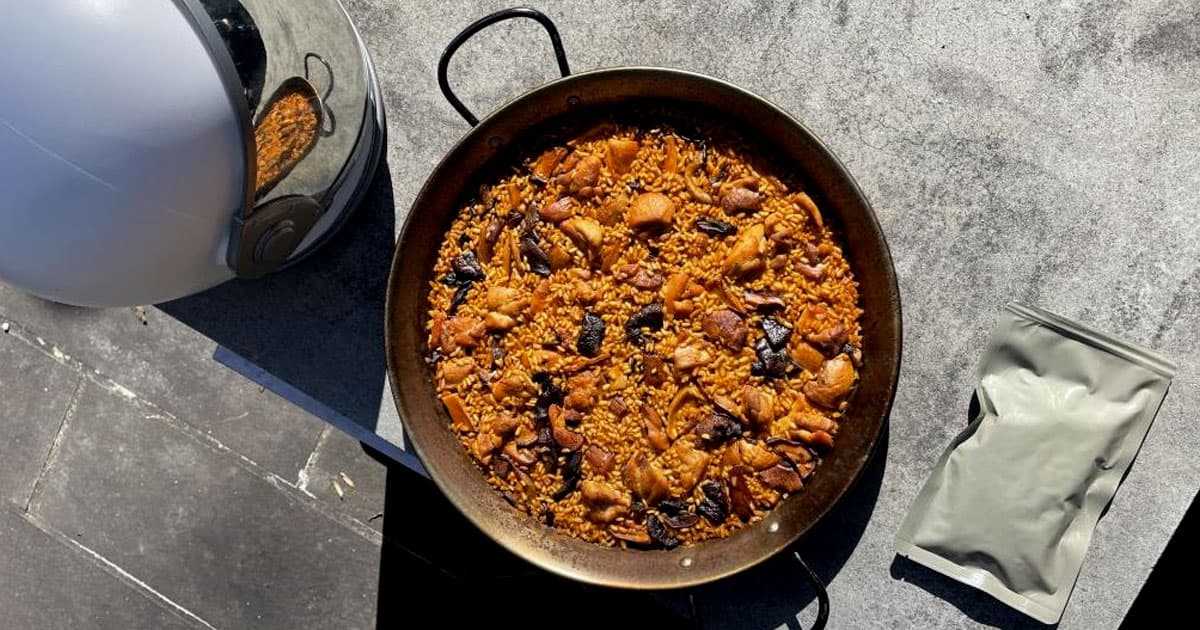 He wants to push the envelope with a family-sized paella.

He wants to push the envelope with a family-sized paella.

Who says astronaut food has to be made up of gross pouches of liquified sustenance?

Celebrity Spanish chef José Andrés is partnering with Axiom Space to send a cornucopia of delicious dishes to the International Space Station on board a SpaceX Crew Dragon this spring, Food & Wine reports.

The menu is made up of largely Spanish dishes, including paella, viewed by many as Spain’s national dish, a rare treat for astronauts who most of the time rely on much simpler fare.

In fact, NASA veteran Michael López-Alegría, commander of the upcoming launch — which also happens to be the first all-private crew mission to the ISS — is also of Spanish descent, and calls Andrés a friend.

While it may sound outlandish to deliver paella, a complex rice dish that often makes use of seafood, into orbit, it’s far from the first time NASA has sent fine dining to the ISS.

“The difficulty is NASA has done this very well over the years,” Andrés told the magazine. “They’ve done many dishes. And the question was can we come with something different, something new? Can we push the envelope a little bit more?”

Instead of relying dehydrating, a common trick to ready food for its journey into space, Andrés aimed for a “paella that we cook like a paella and that tastes and looks like a paella,” as he explained in the interview.

While the “family meal” paella won’t be served on the typically oversized pan, astronauts will still be eating it from the same batch. The idea behind it is to bring crew members together.

Considering the situation unfolding back on the ground, we all could use a nice big family meal together.