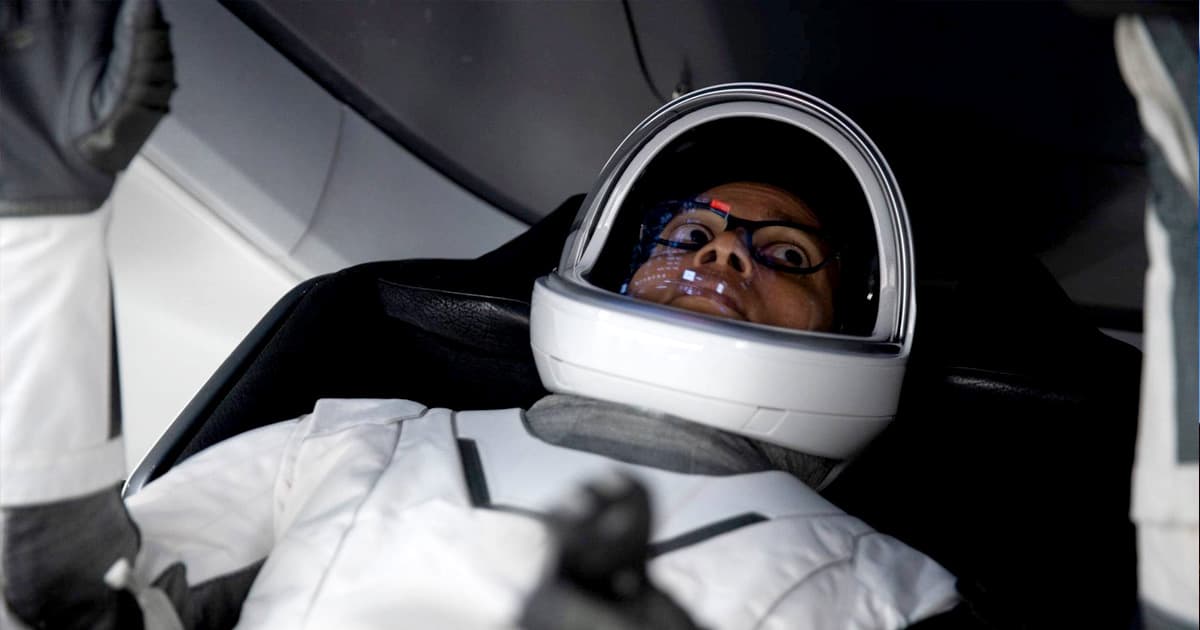 She felt much better on the third.

She felt much better on the third.

As pilot for the first all-tourist crew to orbit the Earth, Sian Proctor had the time of her life on board SpaceX's Crew Dragon spacecraft.

But while the views out of the massive transparent cupola were breathtaking, the three day journey around the Earth wasn't always smooth sailing.

"The first day, I wasn't feeling very good," Proctor told National Geographic. "Space sickness is one of those things that a lot of people suffer from. You’re just not on your game."

Space sickness, or space adaptation syndrome, occurs when the brain is having trouble with spatial orientation. The body often needs some time to get used to weightlessness. About half of all astronauts experience it during their first few days in space.

"But man, I woke up the third day, and I was humming, and everything was perfect," she recalled. "I had adapted, I was good, and I was like, What? I have to come home?! No, no, no!"

When National Geographic asked her if she'd embark on a similar journey again, she said that she would "go for longer."

The mission pilot explained that a "five-day mission in the Dragon capsule with the cupola would be perfect."

National Geographic also asked about the toilet troubles the crew of four experienced while in orbit, which Proctor downplayed.

"We had a waste fan issue," she explained. "I think it was made into an event that was bigger than it actually was."