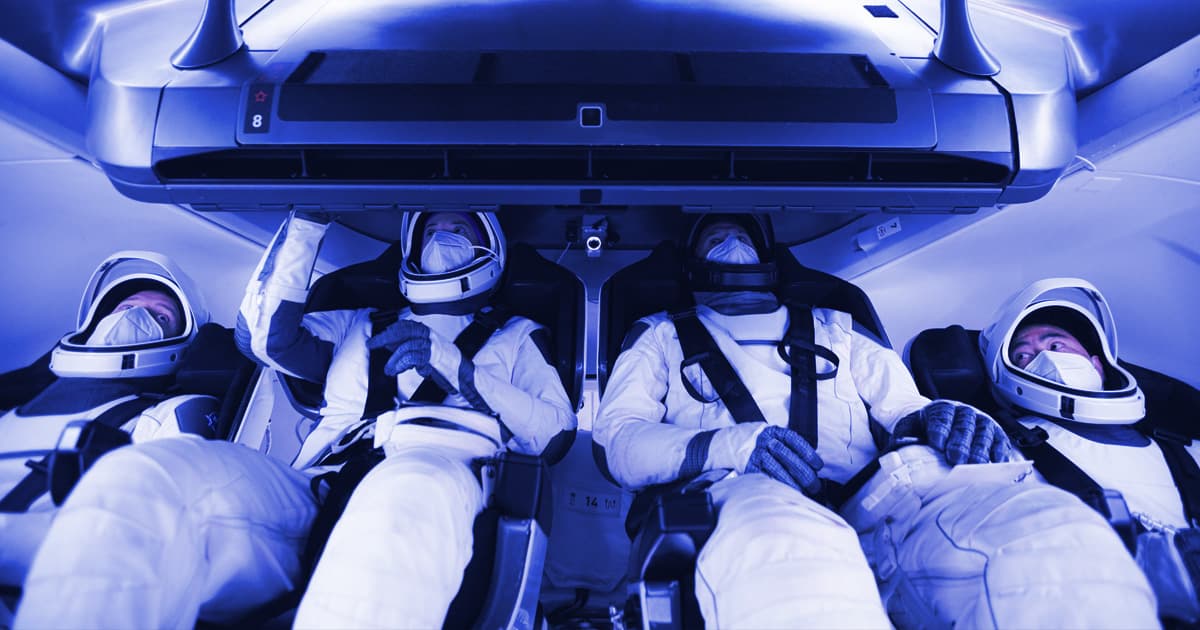 For the first time, two Crew Dragon capsules will be docked to the ISS at the same time.

For the first time, two Crew Dragon capsules will be docked to the ISS at the same time.

SpaceX is getting ready to send the next batch of astronauts to the International Space Station on April 20, Space.com reports.

The launch, dubbed Crew-2, could soon mark the third time the space company has launched astronauts into orbit on board its Crew Dragon spacecraft — and the second fully-crewed launch since the Crew-1 mission in November 2020.

"Everybody is on track and ready," SpaceX director of crew mission management Benji Reed said during a Monday press briefing.

NASA selected crew members for the Crew-2 mission back in July. The crew includes Shane Kimbrough, a NASA astronaut who has been to space twice, and Megan McArthur, who has yet to visit the space station. The pair will be the commander and pilot, respectively.

In addition to the crew, the Crew Dragon capsule will also be delivering over 440 pounds of cargo to the station, including science and technology experiments.

For a short period, there will be two Crew Dragon capsules docked to the space station. The spacecraft that delivered Crew-1 is still parked at the ISS, and it will be relocated to a different port to make room for Crew-2.

It's an exciting next step for SpaceX's Crew Dragon platform. With two successful crewed launches already under its belt, the spacecraft could soon become a mainstay of the United States' connection to the aging space station.

More on Crew Dragon: Bone Cancer Survivor Will Get Free Trip to Space This Year

Duck and Roll
Russia Forced to Dodge Space Debris From When It Blew Up Satellite
Jun 17
Read More
Free Speech Champion Elon Musk Fires Employees for Criticizing Him
Jun 17
Read More
So Long
Tragedy! NASA Says the Voyager Space Probes are Powering Down
Jun 16
Read More
+Social+Newsletter
TopicsAbout UsContact Us
Copyright ©, Camden Media Inc All Rights Reserved. See our User Agreement, Privacy Policy and Data Use Policy. The material on this site may not be reproduced, distributed, transmitted, cached or otherwise used, except with prior written permission of Futurism. Fonts by Typekit and Monotype.