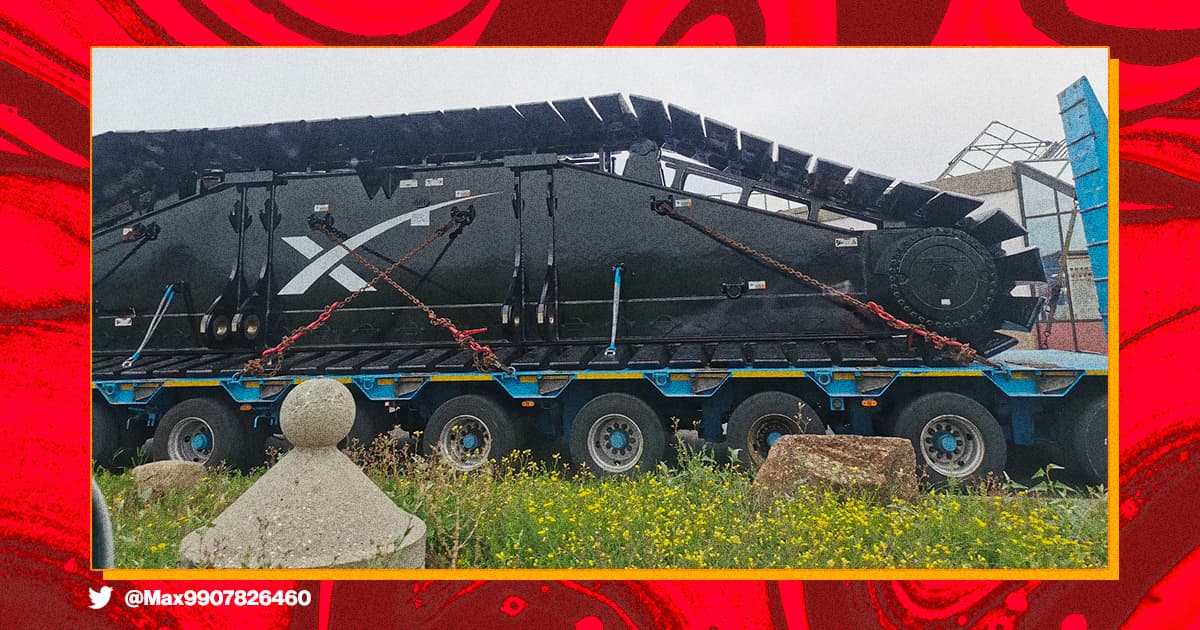 SpaceX seems to have ordered a new toy.

SpaceX seems to have ordered a new toy.

An astute Twitter user spotted an odd piece of machinery heading down the German Autobahn highway this week.

The machinery, which looked like a pair of giant tank treads emblazoned with the SpaceX logo, seemed to be heading from Austria to a port in either Hamburg, Germany or Rotterdamn in The Netherlands, they tweeted.

After much speculation about spacecraft transportation vehicles and jokes about Cybertruck upgrades circulated on Twitter, NASASpaceFlight managing editor Chris Bergin chimed in to point out that SpaceX seemed to have purchased a massive construction vehicle called a crawler crane from construction equipment manufacturer Liebherr. Details are scarce for now, but the track is most likely headed overseas to Texas for use at SpaceX's facility in Boca Chica.

Unlike the last time that Musk tweeted about a "new crane," there's a good chance that he's serious about this one. The SpaceX facility in Texas already makes use of humongous construction cranes in order to help build the structures it uses to assemble its gigantic rockets.

Hey, I just saw this on the German Autobahn (A2 near Magdeburg) this morning. It's coming from Austria and might be heading to Hamburg or Rotterdam port.

Looks like a part of a future transport vehicle for getting Starship to the launch pad.

Ironically, the driver carrying the crawler crane's track to the port could have waved hello as it passed another of Musk's construction sites. Musk was in Germany in August to visit the site of his planned Tesla Gigafactory, which Reuters reports has been bogged by multiple different delays.

The factory is currently slated to open toward the end of this year, but a pending environmental review may push it into next year. Thankfully, progress in Texas is going a bit more smoothly.