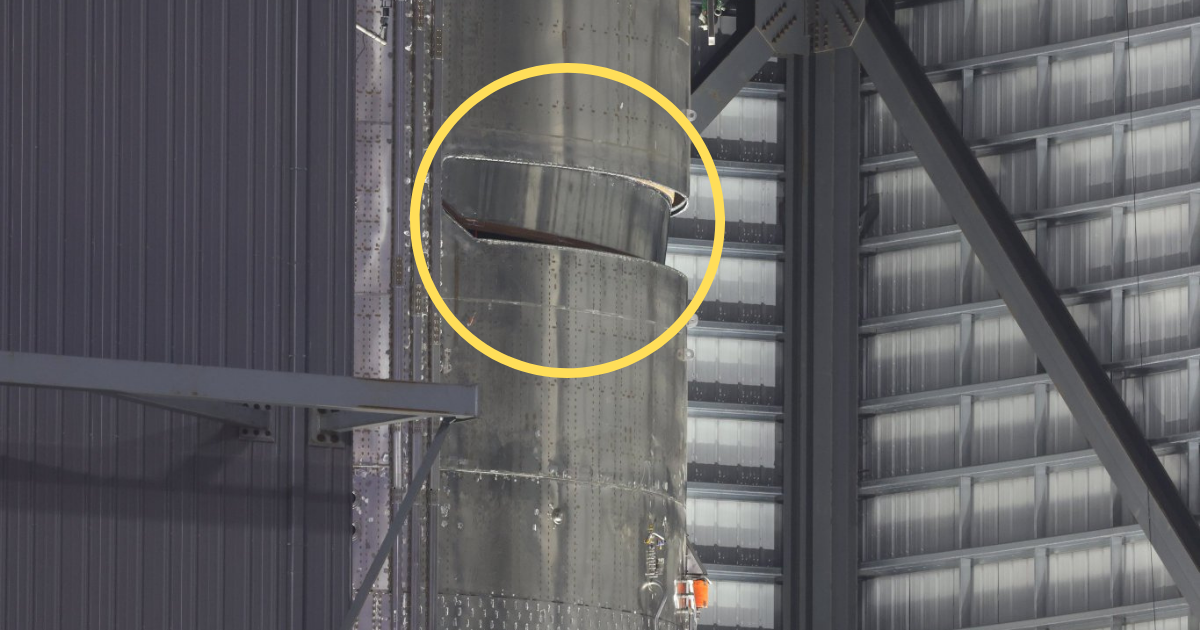 SpaceX Starship Spotted With What Looks Like a Janky Payload Door

"It looks broken to me."

"It looks broken to me."

Something interesting has been spotted on Ship 24, a prototype of SpaceX's Mars-bound Starship rocket. A tweet posted yesterday by superfan Starship Gazer showed a wide, odd-looking hatch on the side of the ship as it sits on the launch pad at SpaceX's Boca Chica, Texas test site.

Starship Gazer's photo shows the side of Starship as it's being built. The payload door — if that's what it is — looks caved in, not fully closed or possibly just plain broken. Some on Twitter were nicer than others in their estimations of what exactly is going on in the pic.

"Very nice detailed shot of what we believe is a Starlink Pez dispenser type door on Starship 24," space news writer Marcus House said yesterday. "I imagine they were working on it in this picture as it looks a tad... off. Cool shot though!"

Very nice detailed shot of what we believe is a Starlink pez dispenser type door on Starship 24. I imagine they were working on it in this picture as it looks a tad... off. Cool shot though!🤩 https://t.co/Ls17QsQbsV pic.twitter.com/RYoyyeFUWw

Other commenters weren't as generous with their guesses, however.

"It looks broken to me," another commenter said on Twitter in response to Starship Gazer's image.

Starship is a huge part of SpaceX's plans. The company has locked down a contract to adapt it as a Moon lander for NASA, plans to use it to establish a permanent city on Mars, and in a more pedestrian but financially important capacity intends to use it to vastly expand its Starlink internet service in Earth's orbit.

In other words, the company is banking a lot on Starship. In fact, a leaked email from CEO Elon Musk last year said that if the company can't get the spacecraft capable of orbital launches at a regular cadence, the entire company could face bankruptcy.