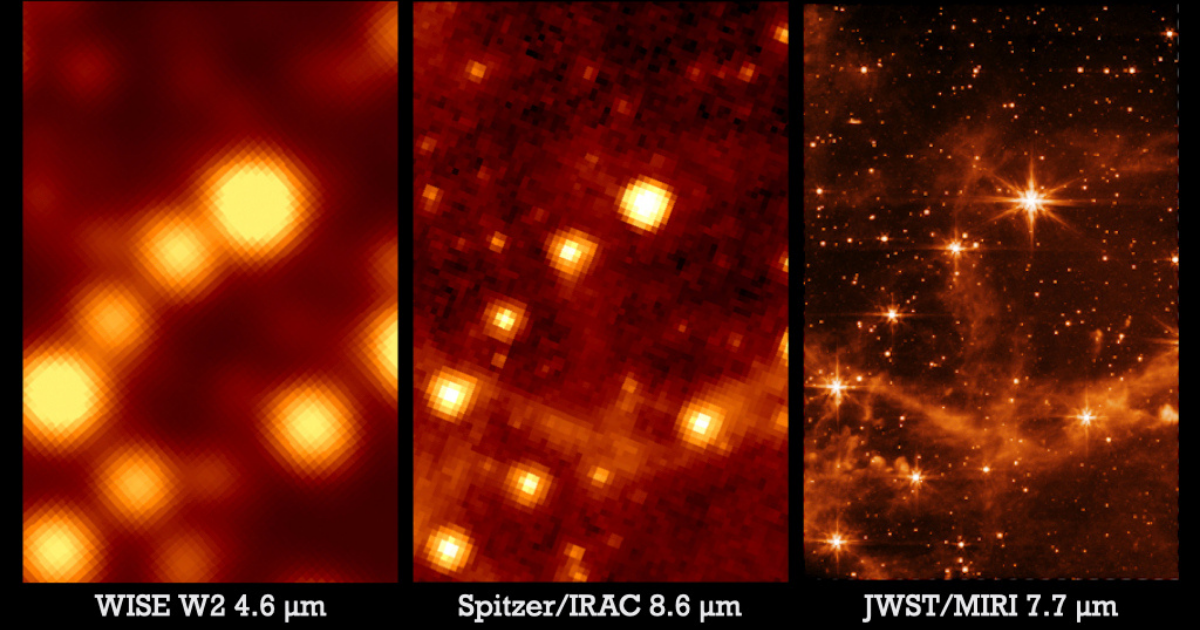 The James Webb Space Telescope is almost ready for scientific observations to begin. NASA's largest most powerful telescope ever built just captured a gigantic image of a neighboring galaxy and beamed it back to Earth as it settles into its new, deep space home.

The Associated Press reported today that the $10 billion telescope should begin gathering scientific images in July. In the meantime, the giant new image it sent back for researchers finishing alignment of the Webb's 18 mirrors is astonishingly much more detailed than previous ones — enough to hold us over for few more months, hopefully.

"It’s not until you actually see the kind of image that it delivers that you really internalize and go 'wow!'" University of Arizona chief scientist for Webb’s near-infrared camera Marcia Rieke told the wire service. "Just think of what we’re going to learn."

Andras Gaspar, an astronomer, shared an image on Twitter that compares the latest Webb image to the last two telescopes that photographed the same location, WISE and Spitzer. The image on the far right is the Webb, and though it's not final, it's already much clearer than its predecessors.

Thank you to @gbrammer for pointing out that the Spitzer SAGE survey took IRAC images of this region! I completely missed this. Check out the evolution of Infrared Space Telescopes! pic.twitter.com/BjrbAgk4ND

The Webb's new masterpieces are almost here, but NASA is still keeping its first scientific target a big secret.

We previously theorized the space agency could've picked a proposal that included a historical nod to the first image the Hubble Space Telescope captured. Hubble is generally considered the Webb's most direct predecessor, and we can see NASA has already been comparing older images of the same galaxies against the Webb's performance.

We'll for sure keep our eyes peeled for that first full, everything's-totally-official image.

More on off-world news: NASA is Now Running Into Serious Issues With Its Mars Helicopter