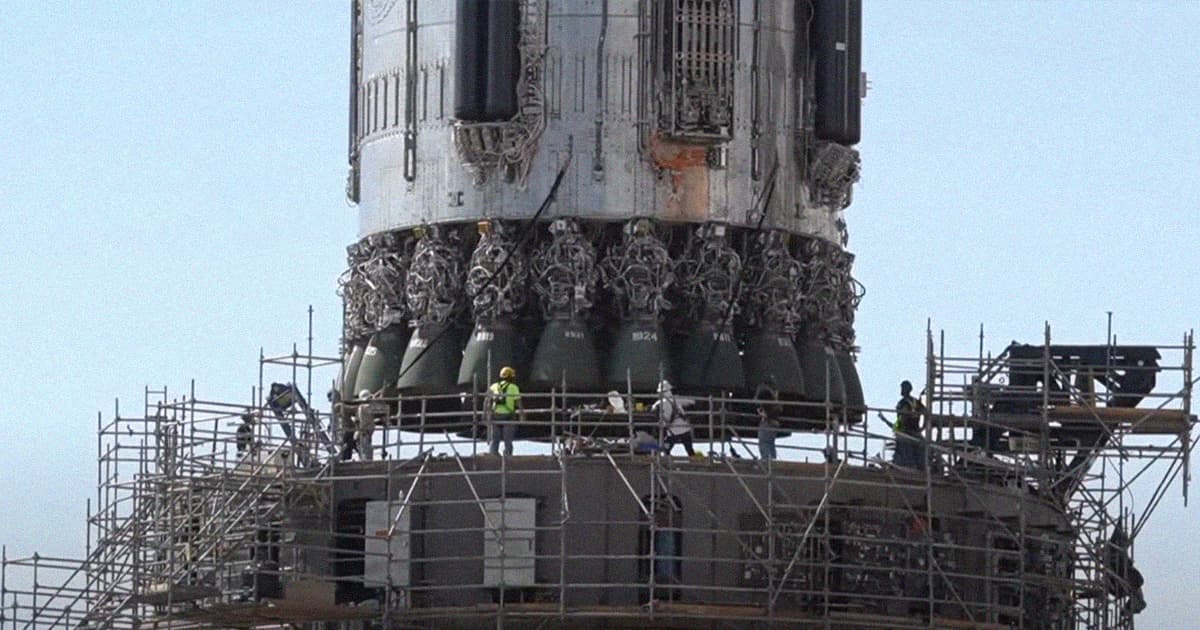 The sheer scale is absolutely ridiculous.

The sheer scale is absolutely ridiculous.

SpaceX is hoisting its first flightworthy Super Heavy booster prototype onto its orbital launch pad at the company's testing facilities in South Texas.

Once fully stacked, the Super Heavy and Starship spacecraft will measure in at almost 400 feet tall, 85 feet taller than the Statue of Liberty, pedestal included.

The company is likely mounting the booster to run it through a series of tests over the upcoming days and weeks, including a static fire test of its 29 Raptor engines (though earlier reports suggest that two of those engines have yet to be installed).

There's also a chance the company is simply doing another test fit on the pad, according to NASASpaceFlight reporter Chris Bergin.

It's the second time Booster 4 has sat on the orbital launch pad. The first time, it was hoisted onto its mount on August 3 to eventually get the company's orbital-class Starship prototype, S20, stacked on top of it.

SpaceX then disassembled the towering structure, including the removal of the booster's engines, to work on the prototypes' wiring, fluid lines, hydraulics, and gas tanks, Teslarati reported.

It's still unclear when or if Booster 4's engines will actually be fired in the upcoming days or weeks. It is rocket science after all — testing one of the most powerful rocket stages in existence doesn't happen overnight.