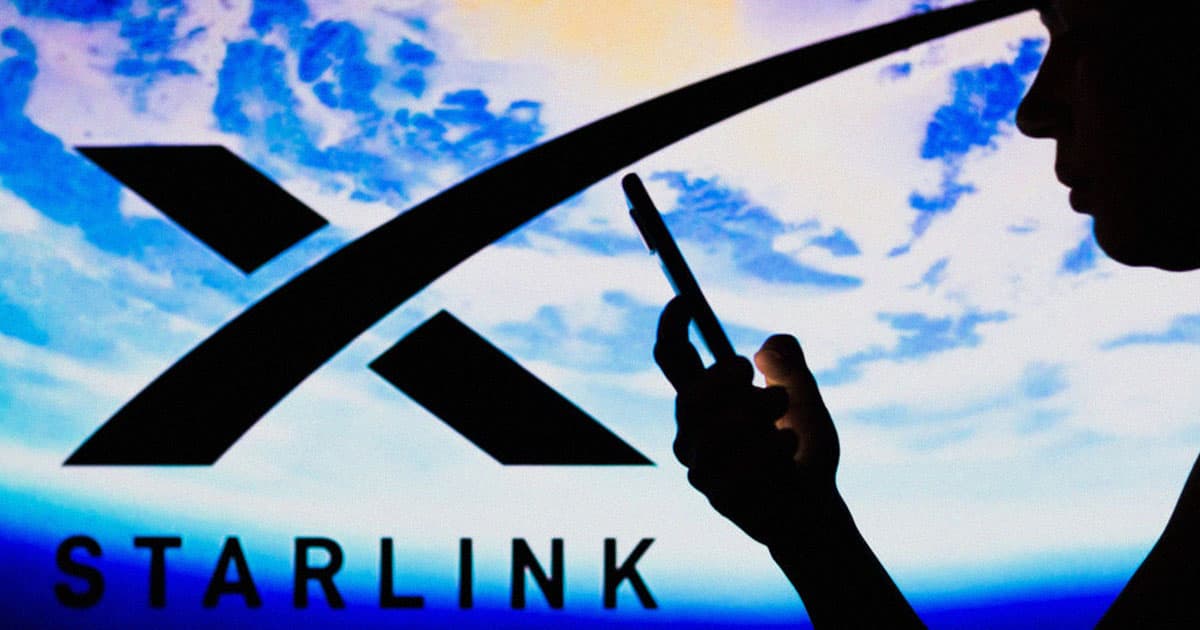 Residential users of Elon Musk's Starlink satellite internet might have a new — and incredibly annoying — reason to get offline. Per SpaceX's new fair use policy, Musk is about to start throttling users' service if they use over 1TB per month data cap. That's not a totally meager amount, but you could easily burn through it by downloading a handful of modern video games.

In other words, if Starlinkers go over that cap, the company will intentionally slow their service down, automatically moving users from faster "Priority Access" to a lagging "Basic Access." Unless users cough up some cash for every extra gigabyte used, that is.

"Starlink is a finite resource that will continue to grow as we launch additional satellites," reads the policy, essentially chalking the frustrating change up to organizational growing pains. "To serve the greatest number of people with high speed internet we must manage the network to balance Starlink supply with user demand."

If there's any bright spot to the new policy — which, we should note, is far from the strangest that Musk's ever tacked to his ISP — it's that any internet usage between 11 PM and 7 AM won't count towards that monthly data cap. That in mind, you might want to make sure any big downloads take place overnight.

Of course, it's not completely unheard of for ISPs to turn to data caps, especially as they grow. And according to SpaceX, which was already struggling with service slowdowns, the change will only impact the roughly 10 percent of users that they say are going over that monthly 1TB mark. This way, as the logic goes, all Starlink customers will get a better experience, without the few slowing down the entire network for the lot.

To that point, though, while it might not be an uncommon move for an ISP to make, it's a far cry from Starlink's previous data-capping policy — which, well, was "no data caps." Sure, growing pains happen. But Musk's made a habit of making promises he can't keep, data caps for Starlink now being just the latest example.

More on Starlink: Elon Musk Says He Can't Give Free Starlink to Ukraine Anymore After Officials There Were Mean to Him

Space Billboards
Russian Scientists Propose Plan to Launch Huge Advertisements Into Orbit Over Cities
Oct 5
Read More
Makeover Scene
Space Tourist Says He's Thinking About Flying SpaceX Craft Up to Fix Hubble
Sep 29
Read More
Grain of Salt
There's a Huge Problem With Elon Musk's Promise to Bring Starlink to Iran
Sep 27
Read More
+Social+Newsletter
TopicsAbout UsContact Us
Copyright ©, Camden Media Inc All Rights Reserved. See our User Agreement, Privacy Policy and Data Use Policy. The material on this site may not be reproduced, distributed, transmitted, cached or otherwise used, except with prior written permission of Futurism. Articles may contain affiliate links which enable us to share in the revenue of any purchases made.
Fonts by Typekit and Monotype.