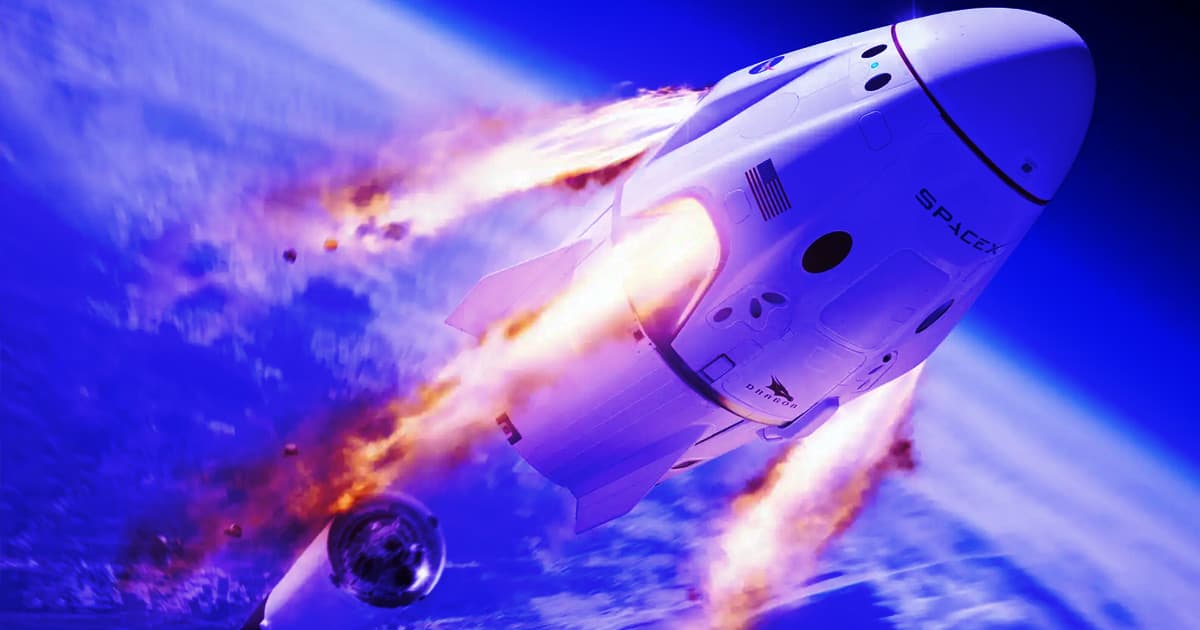 SpaceX President: We Plan to Launch a Crewed Mission in May

SpaceX could launch humans into space in as little as two months.

SpaceX could launch humans into space in as little as two months.

SpaceX president Gwynne Shotwell says the company plans to launch a crewed mission in its Crew Dragon spacecraft sometime in May — just two months away — according to Reuters space reporter Joey Roulette.

SpaceX president Gwynne Shotwell: We're looking at a May timeframe to launch crew for the first time on Crew Dragon.

Shotwell was seemingly speaking at Satellite 2020, a conference for participants in the "burgeoning space-based economy."

Musk delivered the keynote at the conference last night, where he said that his primary goal is to bring humanity to Mars before he dies.

It's become routine for SpaceX to make uncrewed deliveries to the International Space Station, but it has yet to launch human crew members up there — meaning NASA still needs to rely on a testy relationship with the Russian space program to get its astronauts into orbit.

But, if Shotwell is to be believed, that could all change as soon as this May.

More on SpaceX: Elon Musk Was Pretty Pissed When His Starship Prototype Exploded

Free Speech Champion Elon Musk Fires Employees for Criticizing Him
Jun 17
Read More
NDA
SpaceX Reportedly Paid $250,000 to Silence Sexual Allegations Against Elon Musk
May 19
Read More
Overloaded
Whiny Space Tourists Say They Were Too Busy on the Space Station
May 14
Read More
+Social+Newsletter
TopicsAbout UsContact Us
Copyright ©, Camden Media Inc All Rights Reserved. See our User Agreement, Privacy Policy and Data Use Policy. The material on this site may not be reproduced, distributed, transmitted, cached or otherwise used, except with prior written permission of Futurism. Fonts by Typekit and Monotype.