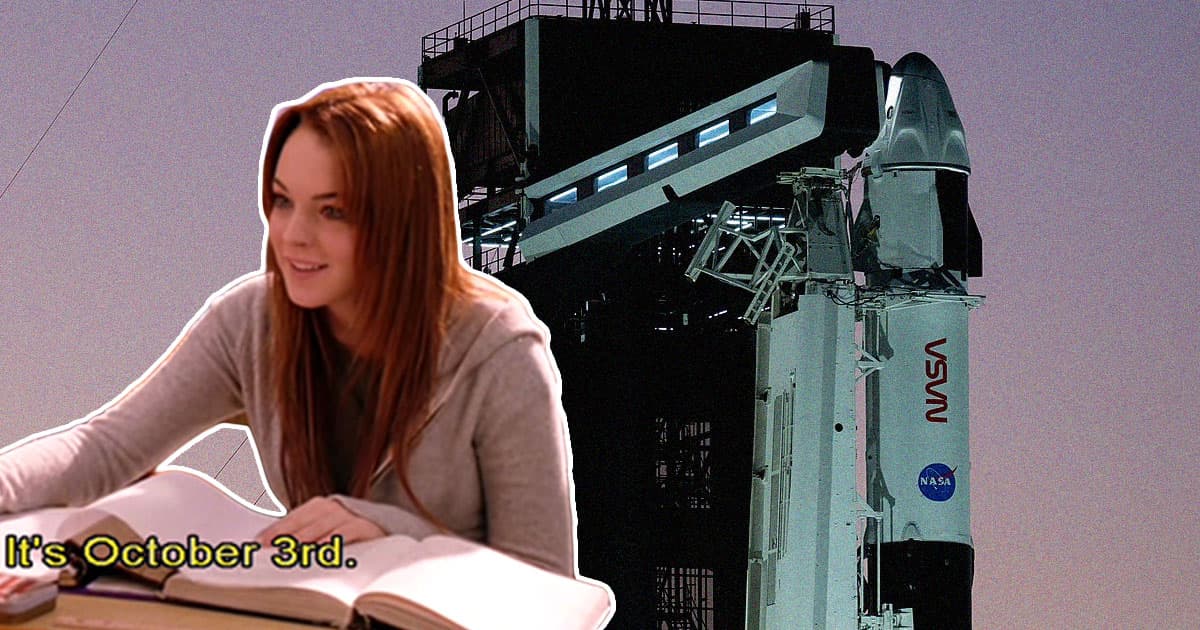 We can't tell if we should be cringing or not.

We can't tell if we should be cringing or not.

SpaceX and NASA launched yet another crew of astronauts to the International Space Station today — and crews back on the ground chose to take advantage of the momentous occasion to inject some much-needed levity in the form of a "Mean Girls" reference.

"And while October 3 may belong to the Mean Girls, October 5 will forever belong to Crew 5," SpaceX ground control told crew members shortly after stage separation, a reference to the 2004 hit comedy "Mean Girls."

The joke served to break down the fourth wall a little; a refreshing reminder of the human beings at SpaceX who make a highly complicated procedure like launching astronauts into space possible.

The Limit Does Not Exist

It was a surprising moment that had onlookers taken aback. "Did they just reference 'Mean Girls?'" NASASpaceFlight's Chris Bergin said incredulously during a livestream of the event.

In case you're not clued in, it's a popular reference to an otherwise innocuous moment in the movie, in which Jonathan Bennett's character Aaron Samuels asks Lindsay Lohan's character Cady Heron what day it is — a scene that has since been turned into a meme and a yearly celebration.

In short, it's exactly the kind of tongue-in-cheek break from procedure we've come to expect from Elon Musk's portfolio.

And while we can't help cringing a little bit at the movie reference, it's a harmless joke — and we're here for it.