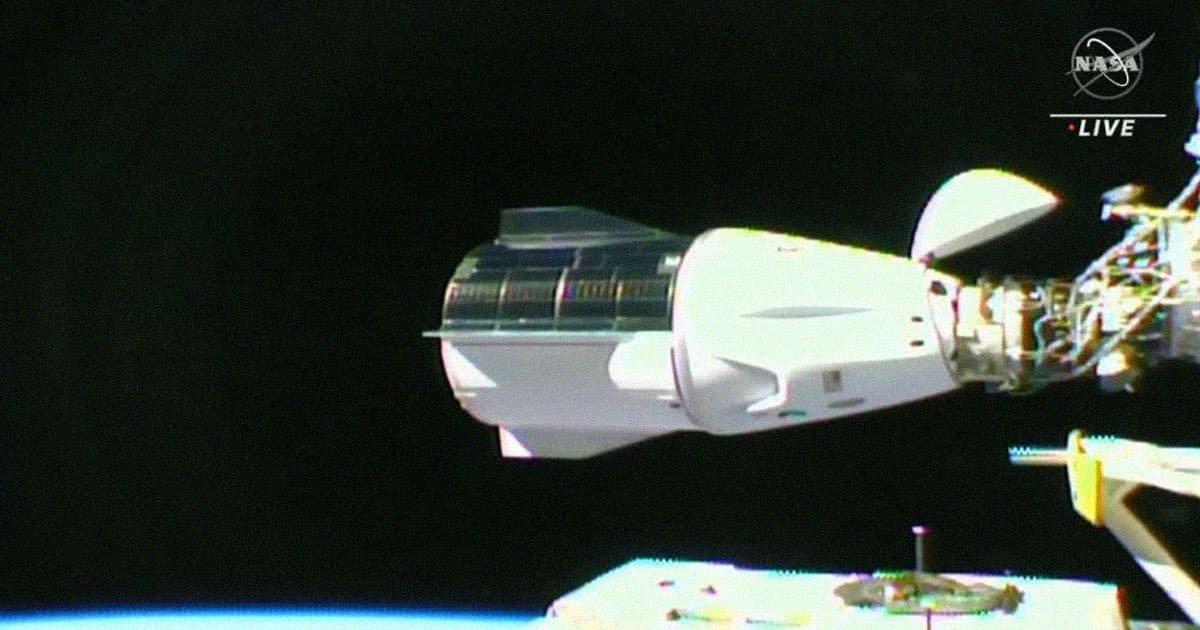 SpaceX successfully launched another capsule of four astronauts to the International Space Station on Thursday evening. While the mission went smoothly, the crew did report something strange: a mysterious object floating past their craft as they approached the station.

"We saw an object that looked like a gnarled knob, although it’s difficult to tell with distance, in our centerline camera view from left to lower right from our view," Crew Dragon’s pilot Tom Marshburn told SpaceX Mission Control. "It is not visible anymore."

"It could have been a small nut," he added.

Crew report seeing an object pass in their centerline camera, could be a nut. SpaceX MCC-X not concerned.

Mission Control told the crew that the knob was likely harmless and the rest of the flight proceeded smoothly, according to The Washington Post. The capsule docked at the ISS shortly afterward, approximately 263 miles above the Caribbean.

There’s still no indication yet of what the object was exactly — though it very likely was a piece of space debris flying past. After all, Earth’s orbit is filled with junk from decades of international space travel.

There’s so much, in fact, that NASA chief Bill Nelson slammed those who have contributed to the issue over the summer, saying it’s "dangerous and shameful for anybody — including the US — that has allowed space debris to be up there."

Still, we’re not going to rule out aliens just yet.