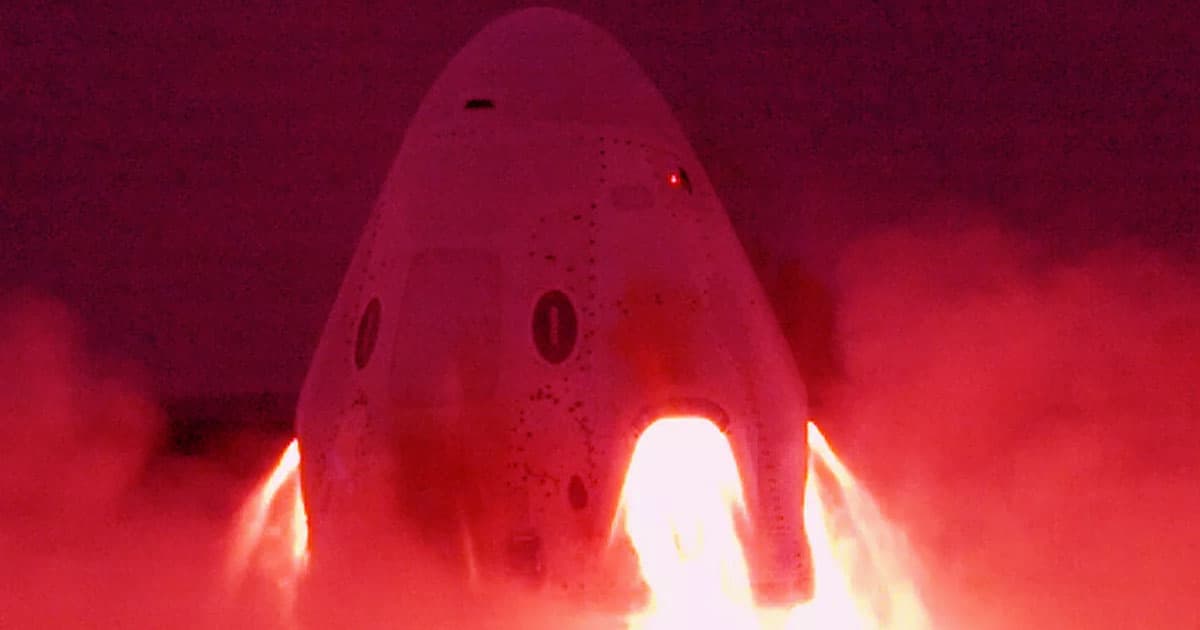 No giant explosion this time.

No giant explosion this time.

And thanks to new footage released by NASA, you can watch the fiery test in all of its slow-motion glory.

The tests will help validate the launch escape system for the in-flight abort demonstration planned as part of @NASA's Commercial Crew Program.

This wasn’t the first time SpaceX tested the system — it tweeted in September that is had already “completed over 700 tests of the spacecraft’s SuperDraco engines” — but not all of those tests went as well as this one.

In April, an earlier version of SpaceX’s passenger spacecraft blew up in a massive explosion during a test of the very same emergency system. But luckily the space agency soon figured out what had gone wrong.

SpaceX is, obviously, still working out the kinks in the Crew Dragon, but eventually, the spacecraft will use a Falcon 9 rocket to carry two NASA astronauts to the International Space Station.

If anything goes wrong during launch, the SuperDraco engines will allow the Crew Dragon to carry the astronauts away from the massive rocket before the system deploys parachutes to slow the capsule’s decent to the surface below.

READ MORE: Watch SpaceX fire up the emergency engines on its new crew spacecraft [The Verge]