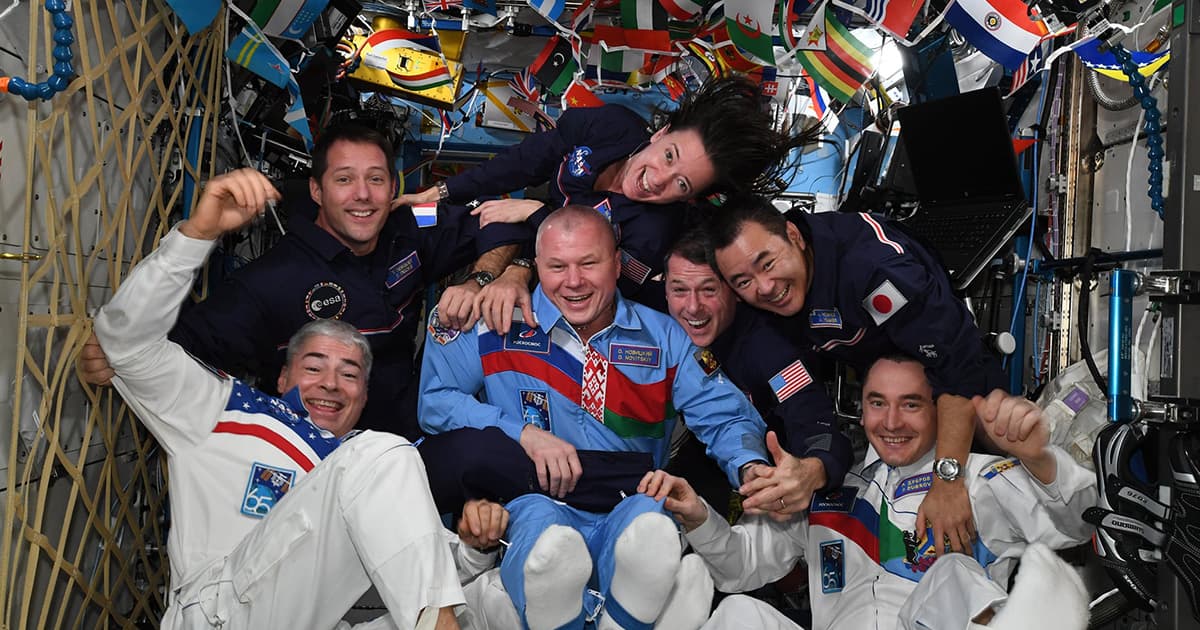 The Olympic spirit has become so infectious that even astronauts stationed on board the International Space Station were inspired to put on their own microgravity games — a heartwarming example of international camaraderie.

"Today the Olympics start in Tokyo, but we held the very first space Olympics last week," European Space Agency astronaut Thomas Pesquet wrote in a caption of a photo album uploaded to Facebook over the weekend. The images were taken by Pesquet earlier this month and uploaded to Flickr.

"For crew cohesion and fun, we put together a friendly competition between the Soyuz team and the Dragon team!" he added.

With long distance running, swimming, and skateboarding out of the question, astronauts had to resort to devising their own competitions. NASA Astronaut Mark Vande Hei "did a great job as the grand organizer, and the events ranged from synchronized floating or lack-of-floor routine to (very) long jumps and no-hand ball," Pesquet wrote.

To mark the occasion, the crew also put up a flag of every single country on the planet, a colorful and cheerful display covering up the entire "roof" of the orbital station.

READ MORE: Astronauts are celebrating their own Summer Olympics in space (satellites, too) [Space.com]

More on the ISS: Russia’s Space Station Module Launch Was Filled With Drama