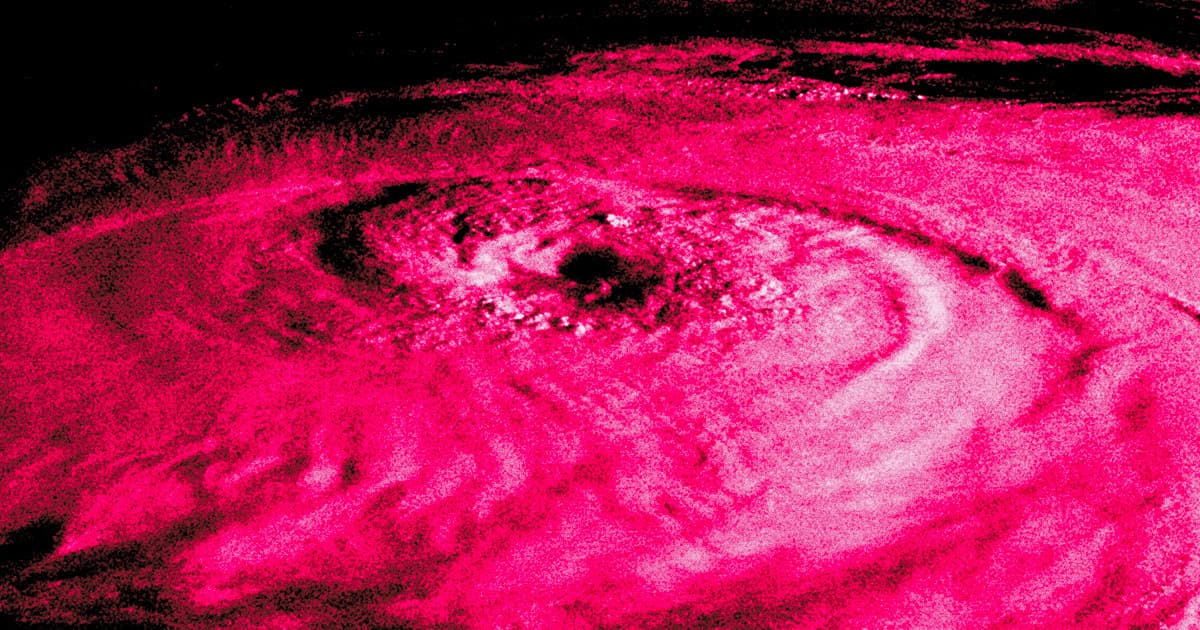 Space Station Flies Over Hurricane, Shows What It Looks Like From Above

As the mighty Hurricane Ian made a destructive landfall in Florida yesterday, NASA shared a live broadcast capturing the hurricane from space.

Shot aboard the International Space Station as it performed a majestic flyover, the NASA stream provided a 15 minute glimpse into the storm. Hurricane Ian’s unfathomable proportions dominate both the frame and Earth's bulging surface, as the eye of the storm glares amidst a dense cotton-white swirl, heaving mountains of clouds into its pull. The glowing blue precipice of the Earth is visible against the unyielding black of space, which from some angles the frothing extremities of Ian threaten to overrun.

And by God, is it all a sight to behold.

Live now on @NASA TV, the space station flies over #HurricaneIan providing live views of the storm as it makes landfall near Fort Myers, Florida. https://t.co/fnW0iJxV9O

If Hurricane Ian appears like a planet-conquering storm from space, you can begin to imagine the harrowing amount of destruction it’s inflicting on the ground. Ascending from Category 3 to Category 4 as it completed its approach, Ian barreled into Florida’s southwest coast with overpowering 150 mile per hour winds.

According to NBC, over 2.5 million people are without power across Florida as of Thursday morning. Although the hurricane has since been downgraded to a Tropical Storm, with milder wind speeds of 65 miles per hour, it's still brimming with power — and still dangerous.

"Ian could be near hurricane strength when it moves over the Florida East coast tomorrow, and when it approaches the northeastern Florida, Georgia and South Carolina coasts on Friday," the National Hurricane Center said on Wednesday, as quoted by Reuters.

The NHC's latest advisory from Thursday morning warns that "hurricane-force winds are expected across the South Carolina coast beginning early Friday," and that "hurricane conditions are possible by tonight along the coasts of northeastern Florida and Georgia."

It's easy to get swept up by jaw dropping images of the hurricane's majesty from space, but let's remember that this is a destructive force of nature endangering and uprooting millions of people. Check in with your loved ones, and stay updated!

More on hurricanes: Scientists Sent a Robot Into the Ferocious Hurricane Fiona

Governments Are Insuring Coral Reefs. That May Be Enough to Save Them.
3. 19. 18
Read More
Richard Branson Wants to Spearhead Efforts to Rebuild Power Grids in the Caribbean
11. 1. 17
Read More
Neil deGrasse Tyson: We Can Use Hurricanes to Power the Cities of Tomorrow
10. 4. 17
Read More
+Social+Newsletter
TopicsAbout UsContact Us
Copyright ©, Camden Media Inc All Rights Reserved. See our User Agreement, Privacy Policy and Data Use Policy. The material on this site may not be reproduced, distributed, transmitted, cached or otherwise used, except with prior written permission of Futurism. Articles may contain affiliate links which enable us to share in the revenue of any purchases made.
Fonts by Typekit and Monotype.