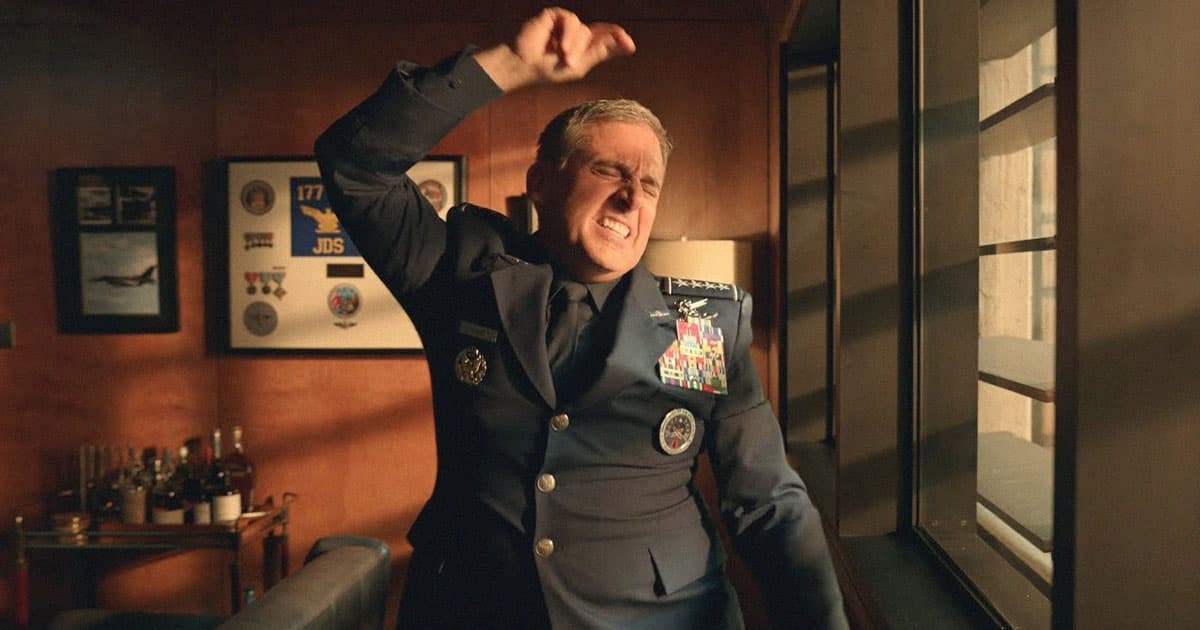 We have some notes.

We have some notes.

We do sympathize with the Space Force. Seriously. They're not taken very seriously, and it can't be easy to watch pretty much every other branch of the US military be immortalized in glory and splendor in an endless stream of shows and films while you get one dud of a Steve Carrell series that just makes fun of you.

It's difficult, however, to retain sympathy when the Space Force continuously opts to embarrass itself. Which brings us to the Space Force's "official" theme song, "Semper Supra," newly unveiled for all to — well, if not "enjoy," certainly "listen to." Is it a banger, you ask? Sadly, the answer is no.

The moment you've all been waiting for: The Space Force has unveiled its official song pic.twitter.com/v6CG3I4sYD

First and foremost, we must address the instrumental vibe. While we understand the desire to go for a classic, woodwind-heavy theme, this isn't the 1700s anymore, people! George Washington isn't the target audience here, and he certainly didn't cross the Delaware so we could stay creatively stuck in Revolutionary times.

To that point: no hate to woodwinds. We're a pro-orchestra publication. But this specific instrumental direction has a Barney-cleanup-song-but-for-kids-born-in-1774 feel. Not the move.

Instrumental atrocity aside, let's address lyrics. The theme kicks off with a bit of a "Lord of the Rings" moment, referring to the Space Force as our "mighty watchful eye." Very Sauron, no? The song unfortunately then doubles down on the Space Force's insistence on calling its servicepeople "Guardians," which is always a bit tough to take seriously.

We don't mind the line about the Force "standing guard both night and day," but we do wonder: isn't that what the military is generally supposed to do? And in space, isn't the line between day and night a bit hazy, due to differing orbits? Or maybe that would be more of an issue if Space Force actually had any servicemembers — sorry, "Guardians" — off world.

While we would have loved to see the Space Force do something innovative, those behind "Semper Supra" did seem to be doing the best with what they were given.

"I became familiar with the other branches' songs, but I wanted this one to have its own modern spin to reflect what the Space Force is," chief musician Sean Nelson, U.S. Coast Guard Band trombonist and staff arranger, said in a Space Force press release, "modern, new and very advanced."

A for effort, but we're not getting "modern, new and very advanced" from "Semper Supra." That being said, it does actually capture Space Force's energy quite well: it could be way cooler, but somehow, it just isn't.

More on our "Guardians beyond the Blue": Space Force Members Annoyed That Nobody Takes Them Seriously