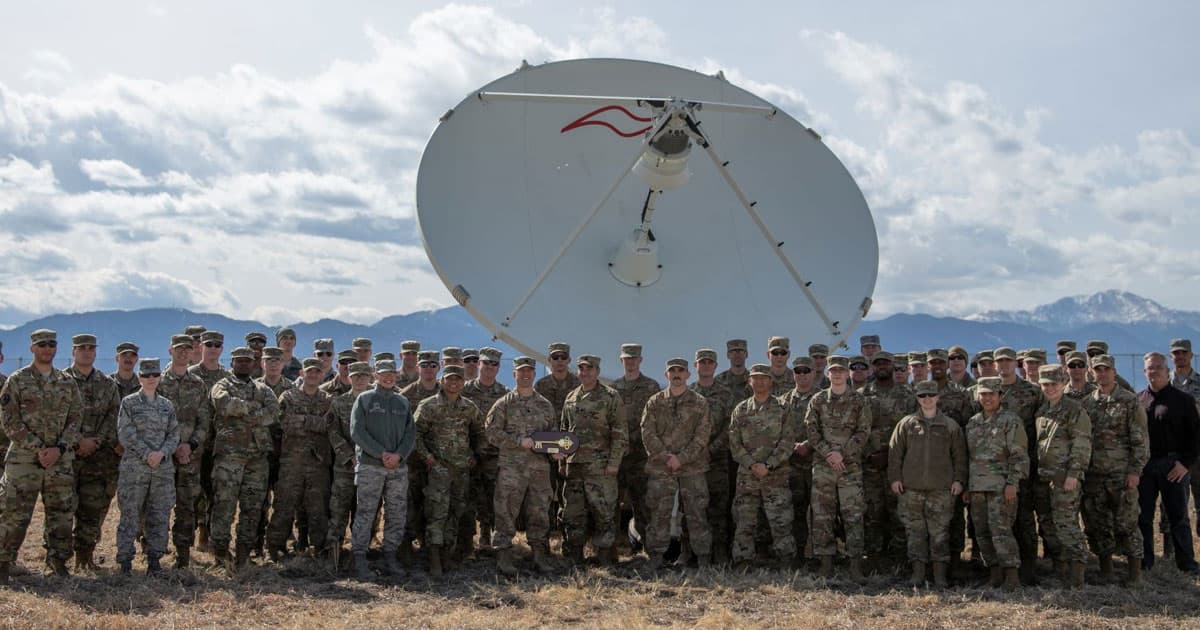 The U.S. can now block satellite communications from the ground.

The U.S. can now block satellite communications from the ground.

The technology behind these Counter Communications Systems, as they're called, has already existed for years, Interesting Engineering reports, but the devices were only delivered to the military last month. With them, the U.S. can now disable enemy satellites from the ground.

While these weapons are new for the U.S. military, they had already been deployed elsewhere. For instance, Popular Mechanics reports that Russia's military has had similar weapons in place since 2019.

And while the technical details of how the jammers work are kept under wraps, PopMech reports that there have been at least 13 similar systems up and running around the world back in 2017.

While the Counter Communication Systems don't actually damage the satellites they target, they pose a major threat to military and other communication networks that rely on satellites to relay messages.

That means soldiers could be cut off from communication networks while they're on a mission. And in a far more drastic scenario, missile alert systems could suddenly be disabled, leaving whatever nation got jammed vulnerable to a devastating attack.

More on the Space Force: The US Space Force Is About to Finally Leave the Planet

Bright Streaks
Scientists: SpaceX Satellites Threaten "Astronomy Itself”
11. 12. 19
Read More
Bad Bots
Oxford Scientists Warn AI Could Be More Deadly Than Nuclear Weapons
6:13 PM
Read More
Gas Giant
Journalist Eats Lab-Grown Chicken, Gets "Weirdly Gassy"
5:25 PM
Read More
+Social+Newsletter
TopicsAbout UsContact Us
Copyright ©, Camden Media Inc All Rights Reserved. See our User Agreement, Privacy Policy and Data Use Policy. The material on this site may not be reproduced, distributed, transmitted, cached or otherwise used, except with prior written permission of Futurism. Articles may contain affiliate links which enable us to share in the revenue of any purchases made.
Fonts by Typekit and Monotype.