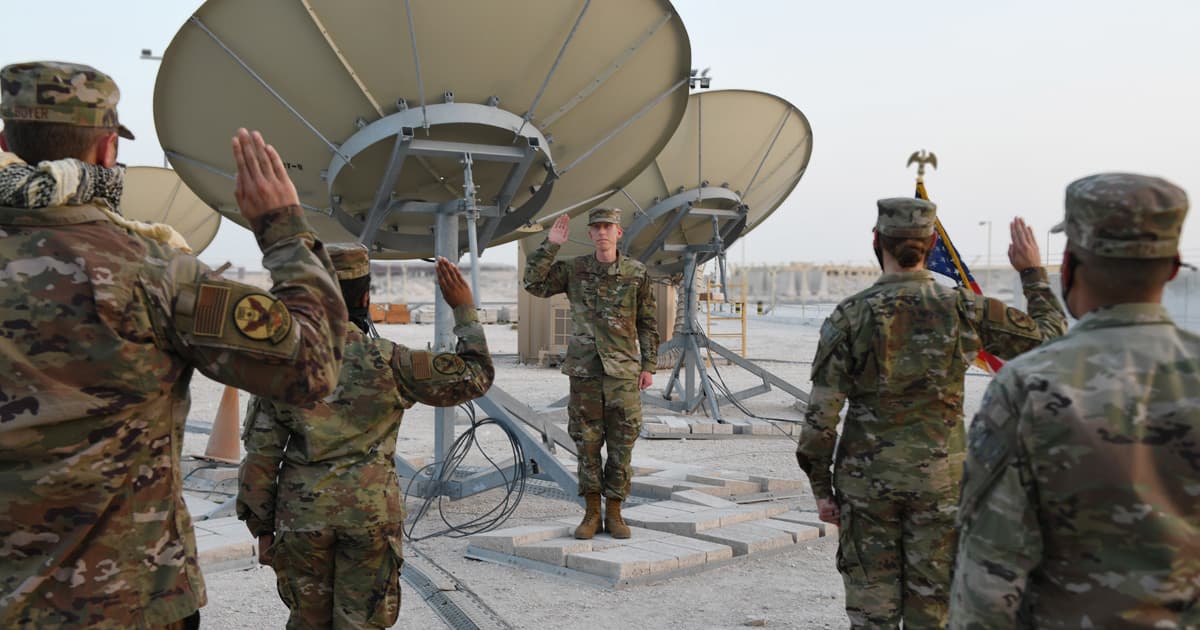 The US Space Force Just Deployed Its First Troops

"This group is making history."

"This group is making history."

The US Space Force just deployed its first troops — not to space, but to the Al Udeid Air Base in Qatar.

Twenty airmen assigned to the 16th Expeditionary Space Control Flight and the 609th Air Operations Center at the base joined the US military's newest independent arm of service during a ceremony held on September 1, according to a statement.

"This group is making history," U.S. Air Force colonel Todd Benson, director of Space Forces for U.S. Air Forces Central Command, said in the statement. "Those participating in today’s ceremony are not only joining our nation's newest service, they are joining this service while deployed in defense of our nation. In other words, they are the first members of the United States Space Force to be deployed in support of combat operations."

The airmen will conduct space operations and space systems operations, from reporting sources of electromagnetic interference messing with US satellites to network logistics.

"For our nation, we must not just be present in space, but we must be a leader in space," Benson said. "U.S. Space Command and U.S. Space Force will play a critical role in protecting our Nation’s vital interests in space."

The airmen will be donning a brand new uniform, which sports a woodlands camouflage design — rather than one suited for the blackness of outer space.