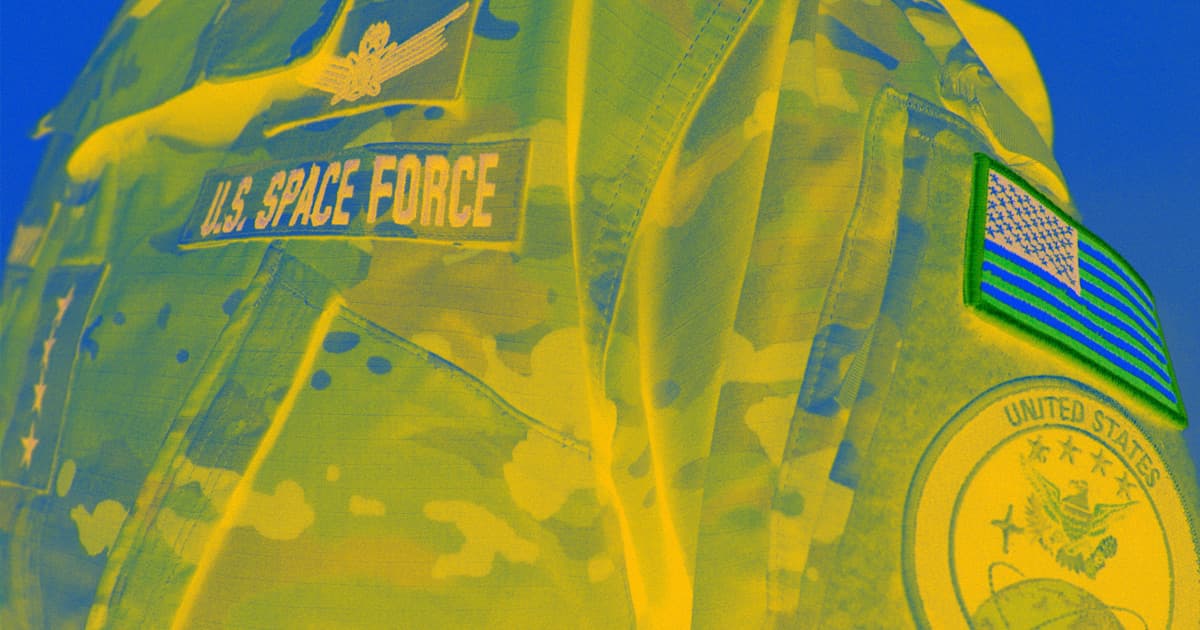 "Have you been to a part of space where this camouflage would blend in?"

"Have you been to a part of space where this camouflage would blend in?"

On Friday, the United States Space Force tweeted out a photo that was supposed to show off its first utility uniform nametapes, embroidered patches spelling out "U.S. Space Force" in blue thread.

But what caught the attention of the Twittersphere was the uniform behind the patch, which was the exact same brown and green camouflage design worn by members of the Army and Air Force.

Most of the reactions poked fun at the idea of using a pattern designed to let soldiers blend in with dirt and foliage for a military branch tasked with protecting the area far above the Earth.

"Have you been to a part of space where this camouflage would blend in?" former director of the U.S. Office of Government Ethics Walter Shaub tweeted in response to the photo.

"Unclear on why there’s a need for camouflage...in space..." actor George Takei wrote in his own reply.

While it's easy to laugh at the idea of camouflage in space, the Space Force replied to the comments on Saturday with a couple of legitimate reasons for sticking with the familiar uniforms.

"USSF is utilizing current Army/Air Force uniforms, saving costs of designing/producing a new one," it wrote in one tweet, adding in another that "Space Operators are on the ground, on Earth working with joint partners like the @usairforce  and @USArmy. Hence utilizing their uniform."

READ MORE: A Small Step for Space Force Is Not a Giant Leap for Uniform Design [The New York Times]

More on the Space Force: Has a Space War Between US, China, Russia Already Started?

Rain Check
Military Satellite Launch Delayed After Fuel Leak
12. 6. 21
Read More
An arms race by any other name.
US Agencies, Military Rush to Condemn Russia Blowing Up Satellite
11. 16. 21
Read More
Wait, What?
House Committee Kills "Space Force" in Favor of "Space Corps"
6. 13. 19
Read More
+Social+Newsletter
TopicsAbout UsContact Us
Copyright ©, Camden Media Inc All Rights Reserved. See our User Agreement, Privacy Policy and Data Use Policy. The material on this site may not be reproduced, distributed, transmitted, cached or otherwise used, except with prior written permission of Futurism. Articles may contain affiliate links which enable us to share in the revenue of any purchases made.
Fonts by Typekit and Monotype.