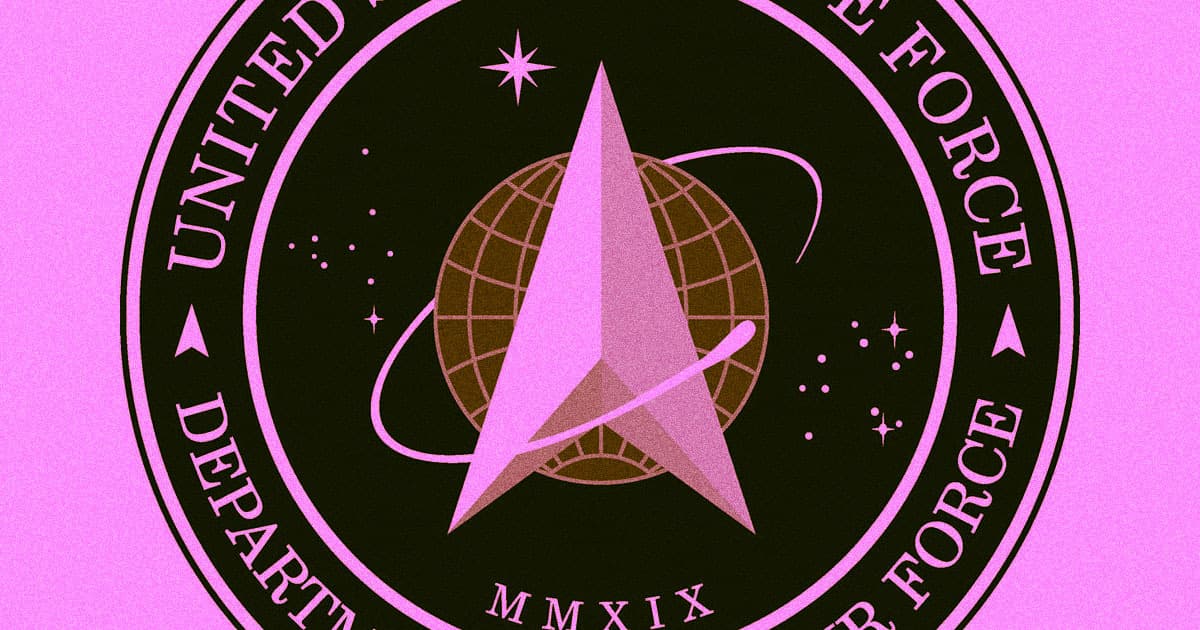 He believes that Marxism has infiltrated the US military.

He believes that Marxism has infiltrated the US military.

A former commander for the Space Force had been relieved of his duties.

Lt. Col. Matthew Lohmeier lost his command after he went on “The Steve Gruber Show,” a conservative talk radio show, and claimed that leftist practices were being adopted throughout the military, according to CNN.

Lohmeier was on the show to promote his new book Irresistible Revolution: Marxism’s Goal of Conquest & the Unmaking of the American Military. With a title like that, it’s no surprise that he had a few wacky thoughts to share on the subject.

"Since taking command as commander about 10 months ago, I saw what I consider fundamentally incompatible and competing narratives of what America was, is, and should be," Lohmeier said on the show. "That wasn’t just prolific in social media, or throughout the country during this past year, but it was spreading throughout the United States military. And I had recognized those narratives as being Marxist in nature."

He went on to cite the 1619 Project from the New York Times as an example of leftist ideology being taught in the US military.

Lohmeier was fired from his position as a commander in the Space Force on May 14. The Defense Department specifically cited his comments on Gruber's show as the reason why.

"Lt. Gen. Stephen Whiting, Space Operations Command commander, relieved Lt. Col. Matthew Lohmeier of command of the 11th Space Warning Squadron, Buckley Air Force Base, Colorado, May 14, due to loss of trust and confidence in his ability to lead," said the Defense Department in a statement to CNN.

"This decision was based on public comments made by Lt. Col. Lohmeier in a recent podcast," it continued. "Lt. Gen. Whiting has initiated a Command Directed Investigation (CDI) on whether these comments constituted prohibited partisan political activity."

Since the announcement, conservative politicians and influencers have taken to social media to voice their support of Lohmeier including Texas Representative Dan Crenshaw who decried this as punishment for “speaking out against MARXISM.”

More on Space Force: The White House Says That Space Force Has Its “Full Support”

Space Force Antics
Space Force Official Reportedly Showed Off Sex Toys at Work
12. 20. 22
Read More
What's a Space Force?
Progressive Groups Call For Elimination of Space Force
11. 18. 20
Read More
Trademark Battles
Oops: Netflix Trademarked "Space Force" Before the US Military
6. 8. 20
Read More
+Social+Newsletter
TopicsAbout UsContact Us
Copyright ©, Camden Media Inc All Rights Reserved. See our User Agreement, Privacy Policy and Data Use Policy. The material on this site may not be reproduced, distributed, transmitted, cached or otherwise used, except with prior written permission of Futurism. Articles may contain affiliate links which enable us to share in the revenue of any purchases made.
Fonts by Typekit and Monotype.