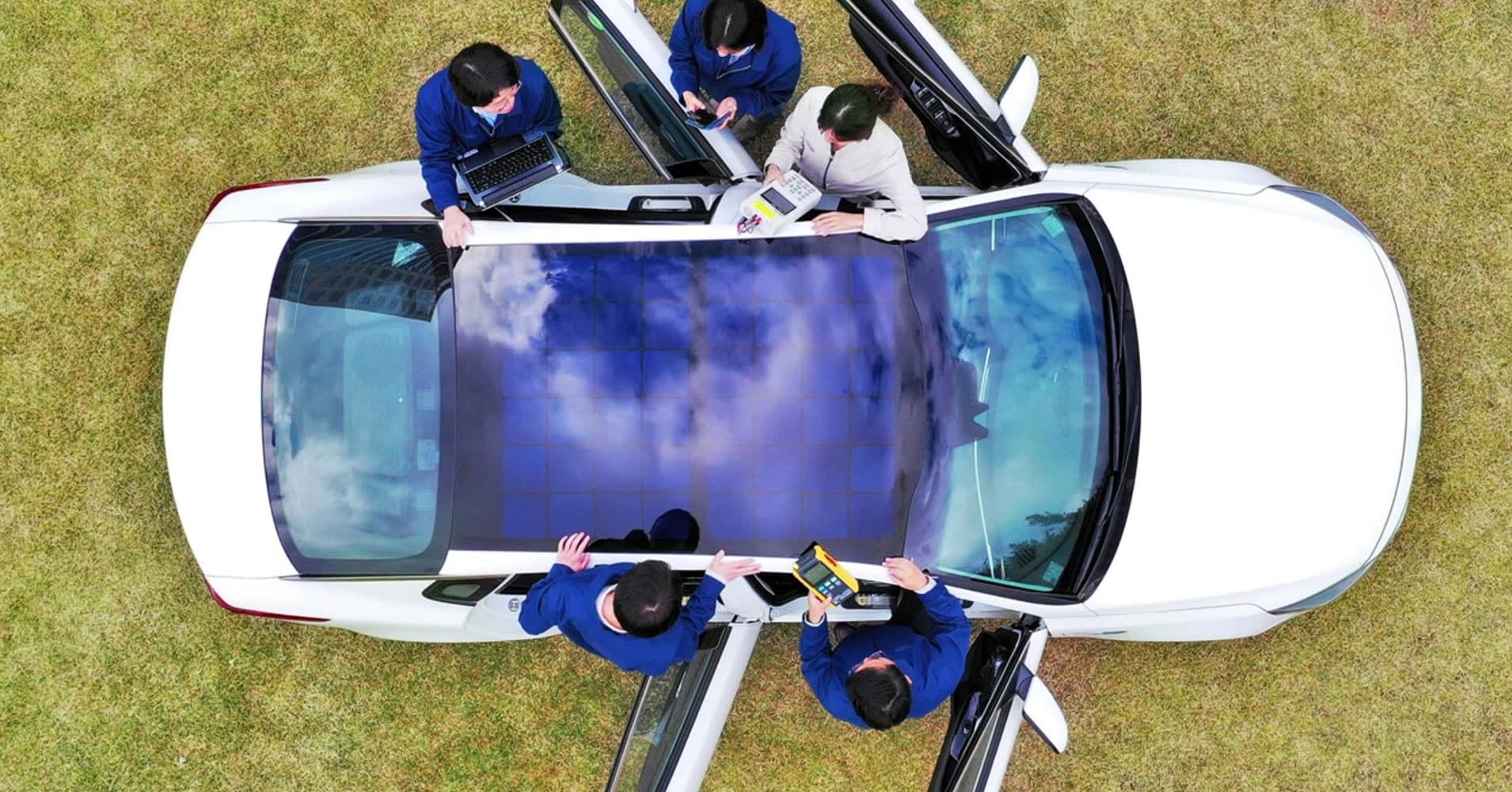 Automakers are finally getting serious about solar-powered cars.

Automakers are finally getting serious about solar-powered cars.

Get ready to trade in your car's sunroof for a solar roof.

On Wednesday, automakers Hyundai Motor and Kia Motors jointly announced plans to install electricity-generating solar panels on select vehicles beginning in 2019. According to a press release, the companies will install the panels on the roofs or hoods of their vehicles. They won't replace the cars' existing power system, just supplement them.

The companies say they plan to roll out three generations of the solar roof charging systems. They designed the first system for use with hybrid vehicles, the second system for fossil fuel-powered cars, and the third system for fully battery-powered vehicles.

The solar roofs are just the beginning of the automakers' plans to make their vehicles more green.

“In the future, we expect to see many different types of electricity-generating technologies integrated into our vehicles," said Hyundai Motor Group executive Jeong-Gil Park. "The solar roof is the first of these technologies, and will mean that automobiles no longer passively consume energy, but will begin to produce it actively."

So, while we might not yet be able to buy the fully solar-powered car of our dreams, we can at least get one step closer in 2019.

More on solar cars: A Fully Solar-Powered Car May Be Hitting the Road by 2019

Dam Straight
China Says It's 3D Printing a 590-Foot Hydroelectric Dam With Zero Human Labor
May 11
Read More
Fusion Update
Chinese Scientists Say They've Discovered Cheap New Way to Do Nuclear Fusion
11. 12. 21
Read More
Brands We Love
Adding Solar Power to Your Home Is Complicated. But It Doesn't Have to Be.
4. 14. 21
Read More
+Social+Newsletter
TopicsAbout UsContact Us
Copyright ©, Camden Media Inc All Rights Reserved. See our User Agreement, Privacy Policy and Data Use Policy. The material on this site may not be reproduced, distributed, transmitted, cached or otherwise used, except with prior written permission of Futurism. Fonts by Typekit and Monotype.