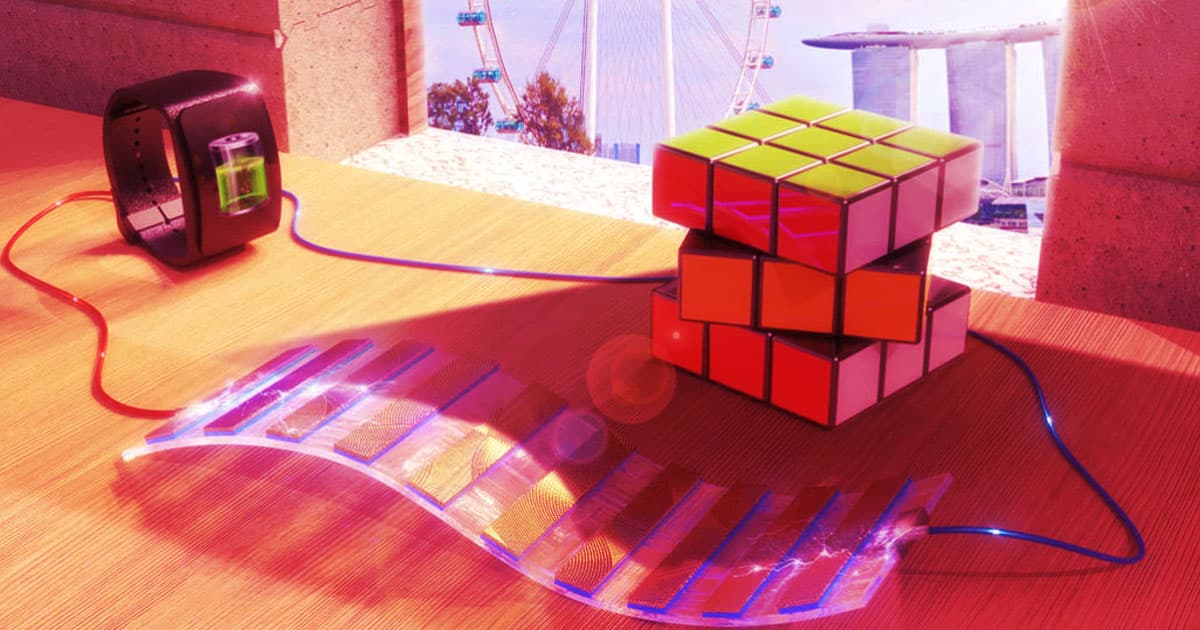 The gadget, dubbed a "shadow-effect energy generator," is a solar cell-like material that generates an electrical current when part of it is in the light and the other part isn't, Science News reports. While the electric current from the proof-of-concept generators is weak for now, it hints at a future in which clean energy generation becomes far more ubiquitous and commonplace.

While these generators can't solve the energy crisis yet, Science News suggested that it could be used to power wearables like smart watches, which can't depend on steady or full sunlight.

"A lot of people think that shadows are useless," Tan told Science News. "Anything can be useful, even shadows."

Fusion Futility
Elon Musk Slams Fusion, Says Future of Energy Is Wind and Solar
9. 9. 22
Read More
Good Neighbors
German Government Says It May Keep Nuclear Plant Open After All
7. 31. 22
Read More
Back Online
Japan May Need Nine Nuclear Reactors Turned On to Get Through Winter
7. 14. 22
Read More
+Social+Newsletter
TopicsAbout UsContact Us
Copyright ©, Camden Media Inc All Rights Reserved. See our User Agreement, Privacy Policy and Data Use Policy. The material on this site may not be reproduced, distributed, transmitted, cached or otherwise used, except with prior written permission of Futurism. Articles may contain affiliate links which enable us to share in the revenue of any purchases made.
Fonts by Typekit and Monotype.