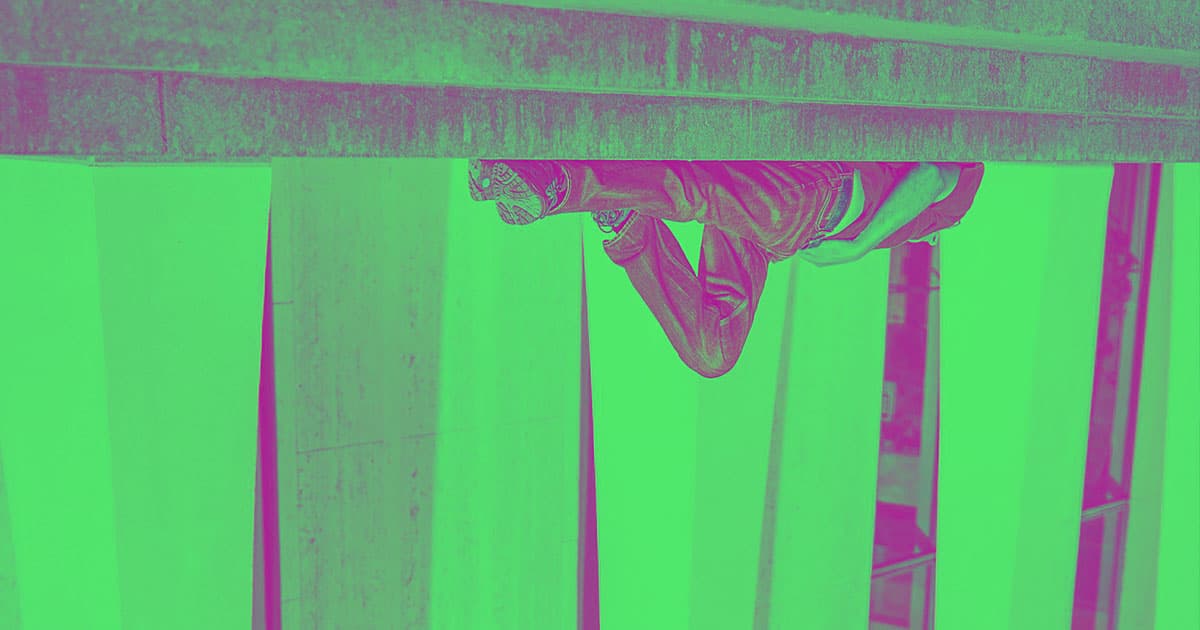 Snail-Inspired Glue Can Paste You to the Ceiling, Then Let You Go

It’s slippery when wet, and like super glue when dry.

It’s slippery when wet, and like super glue when dry.

When it comes to adhesives, you really have two options: something super-strong that creates an irreversible bond, like superglue, or something that's less strong but reversible — think mounting putty.

Now, researchers have discovered an adhesive that's both strong and reversible — so of course they used it to suspend an engineering student from the ceiling.

At the center of the team's study, which was published in the journal PNAS on Monday, is a polymer called polyhydroxyethylmethacrylate (PHEMA).

While working with a hydrogel containing PHEMA in the lab, Penn Engineering graduate student Gaoxiang Wu noticed the polymer had something in common with snail mucus: when wet, it was rubbery and sunk into a surface's grooves, but when dry it hardened without shrinking, remaining locked onto the grooves.

"When it’s conformal and rigid, it’s like super glue. You can’t pull it off," researcher Shu Yang said in a press release. "But, magically, you can rewet it, and it slips off effortlessly."

In fact, the adhesive was so strong when dry that the team needed just two postage stamp-sized patches of it to attach a harness to the ceiling — which they used to suspend a 192-pound engineering student.

Their hope now is to identify or engineer an adhesive that's reversible in response to something other than water.

"With a lot of things, you don’t want to use water," Yang said in the press release. "Water takes time to diffuse. In the future, we want to find the right material that can switch the property like that."

More on adhesives: We Now Have a Glue That Can Seal Wounds Inside the Human Body

Unbreakable: Watch a Spray-On Polymer Let Objects Survive a 148-Foot Fall
12. 8. 16
Read More
This Super-Elastic Polymer Could Lead to Artificial Skin and Muscle
4. 22. 16
Read More
Apple Car News
Apple Gives Up on Making Its Upcoming Car Fully Autonomous
Yesterday
Read More
+Social+Newsletter
TopicsAbout UsContact Us
Copyright ©, Camden Media Inc All Rights Reserved. See our User Agreement, Privacy Policy and Data Use Policy. The material on this site may not be reproduced, distributed, transmitted, cached or otherwise used, except with prior written permission of Futurism. Articles may contain affiliate links which enable us to share in the revenue of any purchases made.
Fonts by Typekit and Monotype.