This could be the end of sutures. 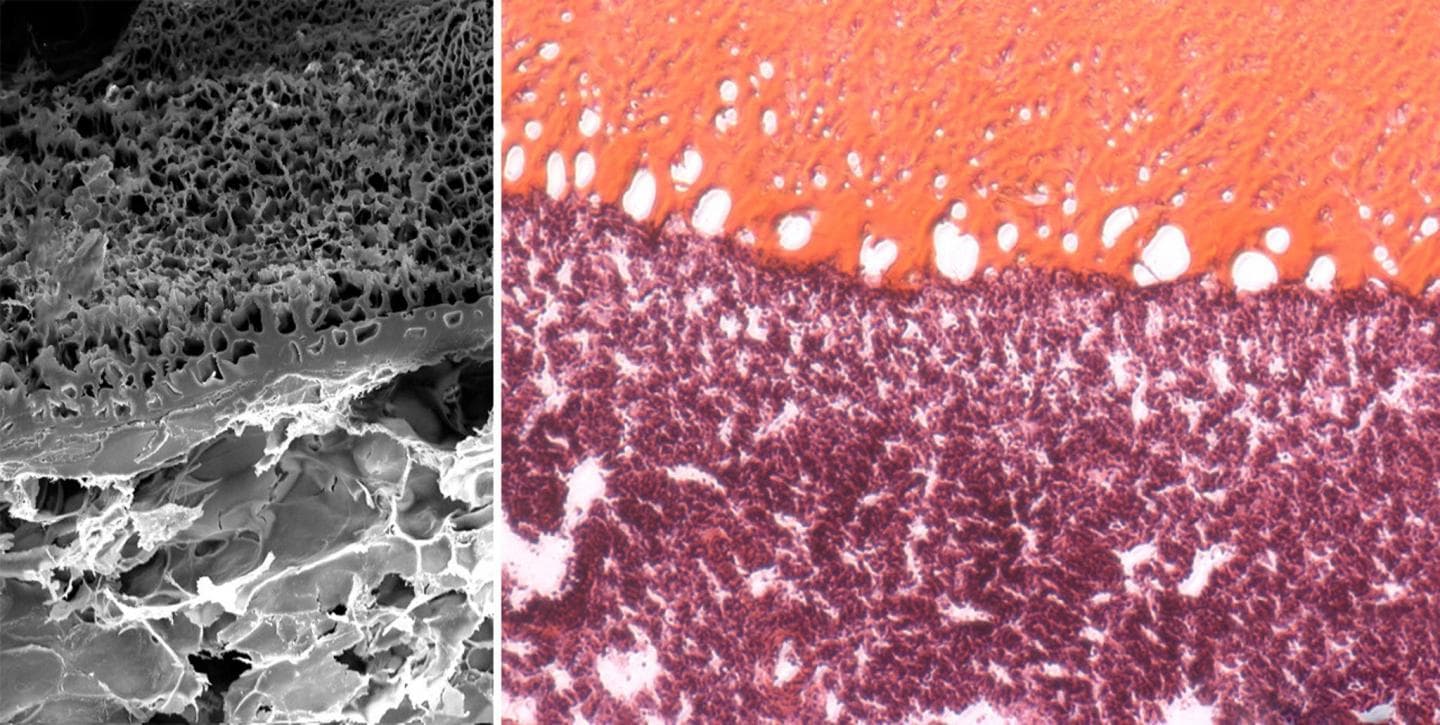 A recent study offers a new solution for repairing the body's most mechanically challenging wounds: glue them back together. The team, led by researchers from several Boston institutions, demonstrated that their sealant can be used to seal incisions without sutures or staples. The sealant is simply applied to the incision and then photochemically cured, rendering the wound secure.

The researchers began their work in 2013, inspired by the natural qualities of elastin fibers, a protein that lends elasticity to the skin, the lungs, and the walls of arteries. They backtracked to tropoelastin, the body's precursor protein source of functional elastin, and explored its regenerative capabilities. Eventually they used methacrylate, a photocrosslinking reagent, along with a pulse of UV light, to crosslink various tropoelastin proteins in a solution. The end result was the sealant MeTro: a highly elastic, versatile hydrogel capable of providing a matrix new cells and tissue can adhere to, allowing for the repair of damaged tissues.

Although the team initially tested MeTro with heart cells, their most recent work focused on lungs, a dynamic example that requires a true seal to maintain proper function. The researchers were able to generate a line of MeTro hydrogels with varying elasticities, tissue adhesive strengths, and cohesive strengths by differing the concentrations of tropoelastin and the crosslinking reagent. They were then able to identify which variations of the sealant worked best for particular applications. For example, the team was able to close lung punctures and incisions in arteries seamlessly in living rats which survived the procedures.

Nasim Annabi of Northeastern University explained in a press release, “The beauty of a MeTro formulation is that, as soon as it comes in contact with tissue surfaces, it solidifies into a gel-like phase without running away. We then can further stabilize it by curing it on-site with a short light-mediated crosslinking treatment. This allows the sealant to be very accurately placed and to tightly bond and interlock with structures on the tissue surface.”

Staples, sutures, and wires are commonly used to repair pierced and ruptured organs and tissues, which are “sewn” together by surgeons, their edges held together until the tissues can heal. However, these procedures are difficult and sometimes impossible in hard-to-reach areas. They can also further damage fragile tissues, especially elastic tissues that need to move continuously, like a beating heart or breathing lung.

MeTro was significantly more effective than clinically available sutures and sealants at sealing leaks in lungs under higher pressures. University of Sydney Professor of Biochemistry and Molecular Biotechnology Anthony Weiss explained in the press release, “The potential applications are powerful, from treating serious internal wounds at emergency sites such as following car accidents and in war zones, as well as improving hospital surgeries. We have shown MeTro works in a range of different settings and solves problems other available sealants can't."

While the sealant isn't quite ready to be applied in emergency settings, Weiss added, "We're now ready to transfer our research into testing on people. I hope MeTro will soon be used in the clinic, saving human lives.”