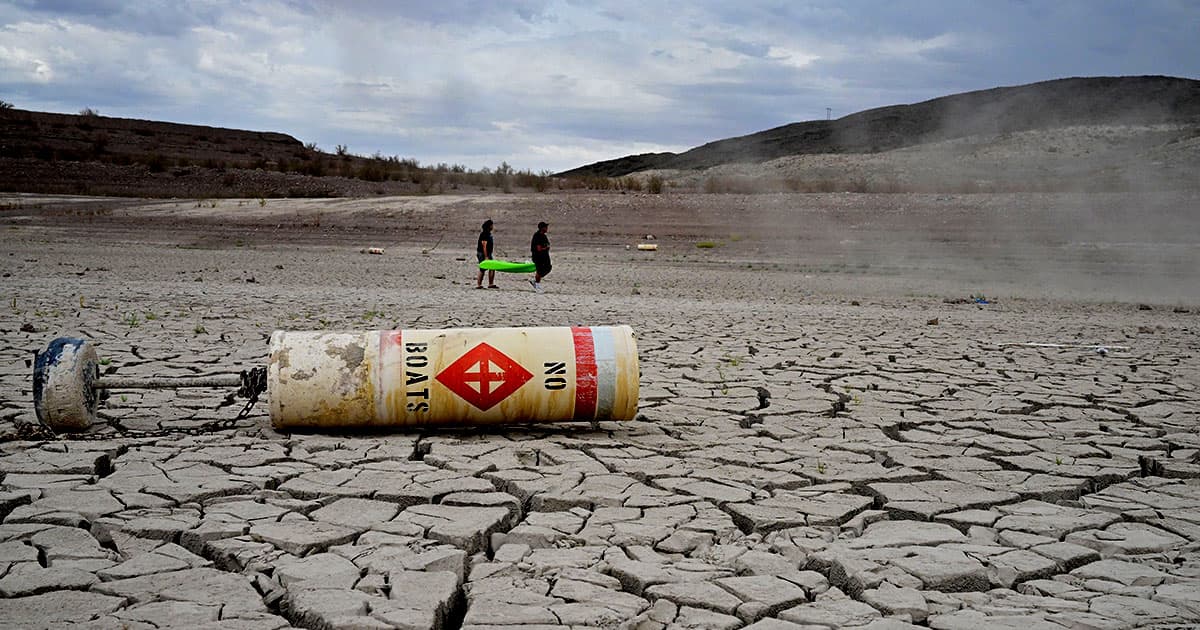 They Keep Finding More Skeletal Remains at This Drying Up Lake

The Lake Mead Swim Beach, a popular spot for beachgoers not far from Las Vegas, seems to be absolutely teeming with human remains.

Officials just unearthed even more skeletal remains at the beach — a grisly consequence of shorelines dropping precipitously amid a prolonged, climate change-driven "megadrought" in the region, CNN reports.

In fact, it's the fifth set of human remains found at the lake since May, when boaters came across a human body stashed inside a barrel. Just a few days later, paddleboarders made the next horrifying discovery, followed by even more grim discoveries.

Coroners have already been trying to figure out if the remains of the first two sets of remains could be from the same person, CNN reports. It's still unclear if the third discovery is connected to the first two.

Receding shorelines have also revealed a sunken World War II-era boat as well as the lake's original intake valve from the 1970s.

Lake Mead represents the country's largest water reservoir and is formed by the Hoover Dam. The lake has dropped to just 27 percent of its capacity this year, according to NASA, affecting the livelihoods of millions of people across seven states since the lake serves as a major drinking source for the Southwest.

The connected Colorado River has also sustained massive losses amid the ongoing megadrought, with the US Bureau of Reclamation announcing unprecedented water cuts today for the surrounding states.

It's a horrid vision of what's still to come as temperatures keep soaring summer after summer. Who knows what receding shorelines will unearth next.

More on the lake: Rangers Keep Discovering Human Remains in Drying Up Lake