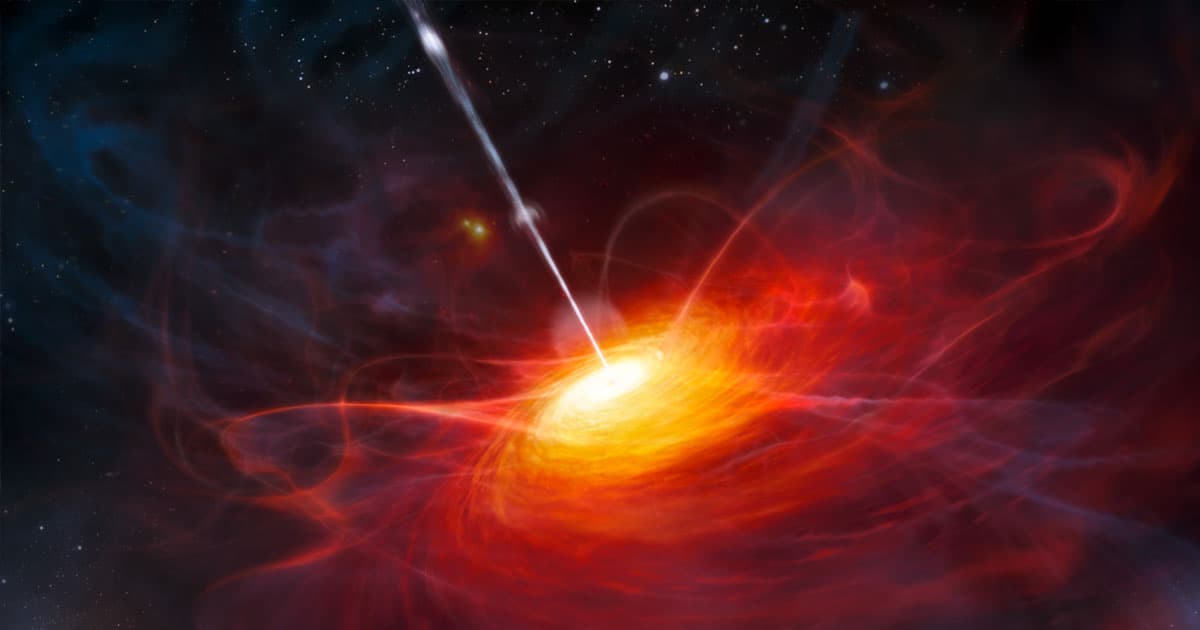 "The forces at play must be very extreme and very dramatic."

"The forces at play must be very extreme and very dramatic."

Researchers have spotted not one but six previously quiet galaxies suddenly transforming into voracious quasars — a transition that could force astronomers to revisit what they thought they knew about one of the brightest, most energetic types of objects in the universe.

"Theory suggests that a quasar should take thousands of years to turn on," researcher Suvi Gezari of the University of Maryland said in a press release, "but these observations suggest that it can happen very quickly. It tells us that the theory is all wrong."

According to the researchers' paper, which was recently published in The Astrophysical Journal, the team made the discovery while looking at data gathered by the Zwicky Transient Facility during its first nine months surveying the sky.

Follow-up observations with the Discovery Channel Telescope provided the researchers with more information about the six LINER galaxies' transformations. Now, they're trying to use what they've learned to figure out why the transitions happened so suddenly and dramatically.

“It will take some work to understand what can disrupt a galaxy’s accretion structure and cause these changes on such short order," researcher Sara Frederick said in the press release. "The forces at play must be very extreme and very dramatic."

Woooaaah
Scientists: The Human Brain Has Odd Similarities to the Entire Universe
11. 17. 20
Read More
Really Really Really Old
Astronomers Puzzled By Ancient Milky Way-Like Galaxy 12 Billion Light-Years Away
8. 13. 20
Read More
Spinning Black Circle
Scientists Release Incredible Video of Black Hole Spewing Matter
4. 8. 20
Read More
+Social+Newsletter
TopicsAbout UsContact Us
Copyright ©, Camden Media Inc All Rights Reserved. See our User Agreement, Privacy Policy and Data Use Policy. The material on this site may not be reproduced, distributed, transmitted, cached or otherwise used, except with prior written permission of Futurism. Articles may contain affiliate links which enable us to share in the revenue of any purchases made.
Fonts by Typekit and Monotype.