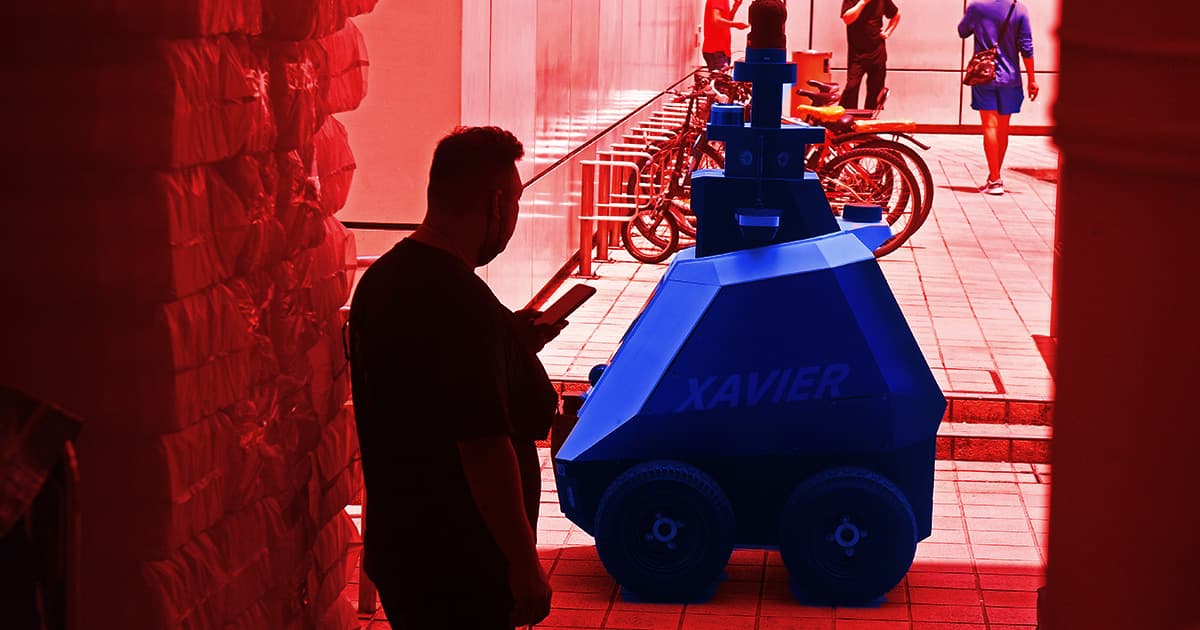 The robots remind them of "Robocop," and calls to mind a "dystopian world."

The robots remind them of "Robocop," and calls to mind a "dystopian world."

Singapore has rolled out robot cops meant to catch residents in the act of not following social distancing guidelines or engaging in "undesirable social behavior" such as smoking, Agence France-Presse reports — and Singaporeans are fed up.

Two robots were tasked with patrolling a housing estate and shopping mall for three weeks in September, making sure residents were parking their bicycles in the right place and smoking only in dedicated areas.

"Please keep one-meter distancing, please keep to five persons per group," one of the robots blurted out at some innocent elderly bystanders, as quoted by AFP.

Locals told the news agency of how the experience reminds them of "Robocop," and calls to mind a "dystopian world."

"It all contributes to the sense people... need to watch what they say and what they do in Singapore to a far greater extent than they would in other countries," activist Lee Yi Ting told AFP.

Officials say the robots aren't actually identifying offenders during the trial. Besides, they say, the small nation is going through a labor crunch and law enforcement is struggling to find enough staff to patrol streets.

Government surveillance has immense reach in Singapore. Even COVID-related contact-tracing data was handed to the police earlier this year, resulting in fierce backlash. In September, officials also deployed robot dogs to patrol a public park in Singapore, prompting a similar reaction.

It's indeed a dystopian vision of the future in which the government has eyes on almost every facet of public life, and a reality that's becoming increasingly difficult to evade for locals.