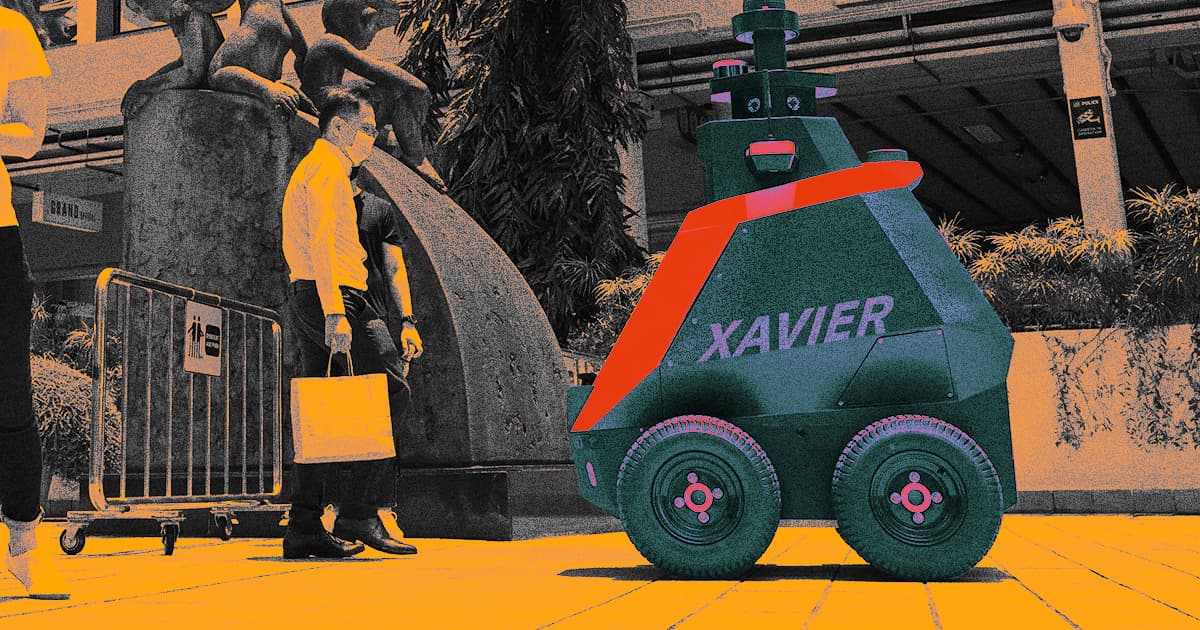 A small robot named Xavier is nudging people to wear a mask.

A small robot named Xavier is nudging people to wear a mask.

Officials in Singapore have unleashed two new robot cops, both known as Xavier, that are now patrolling the streets and looking for signs of trouble.

The two autonomous robots are primarily looking for "bad social behavior," Reuters reports. Singapore's Home Team Science and Technology Agency (HTSTA) announced the start of the program on Sunday, saying that the Xaviers are programmed to detect violations like improperly parked bikes, public smoking, and spotting COVID protocol violations. That last one implies that the robots have some sort of built-in facial recognition technology that can tell when someone takes off their mask — adding yet another public surveillance tool to the already heavily-monitored country.

For now, the wheeled robots are on a public trial, so their job duties are far more limited than RoboCop. Their three-week test run won't involve any actual law enforcement work like chasing down or apprehending suspects. The robots, which look more like heavy-duty pizza delivery bots than like Peter Weller's iconic cyborg, primarily use their cameras to flag incidents for human cops, or to display alerts and reminders to people nearby, according to Reuters. To that end, officials hope that the robots will eventually serve as an extra set of eyes for law enforcement rather than actually replacing human cops.

"Xavier can potentially augment our enforcement presence and deter errant active mobility behavior on footpaths," Land Transport Authority Director of Enforcement and Compliance Management Calvin Ng said in a press release. "It could also provide intelligence on new hotspots or areas where egregious active mobility users have been spotted to help focus our physical enforcement efforts."