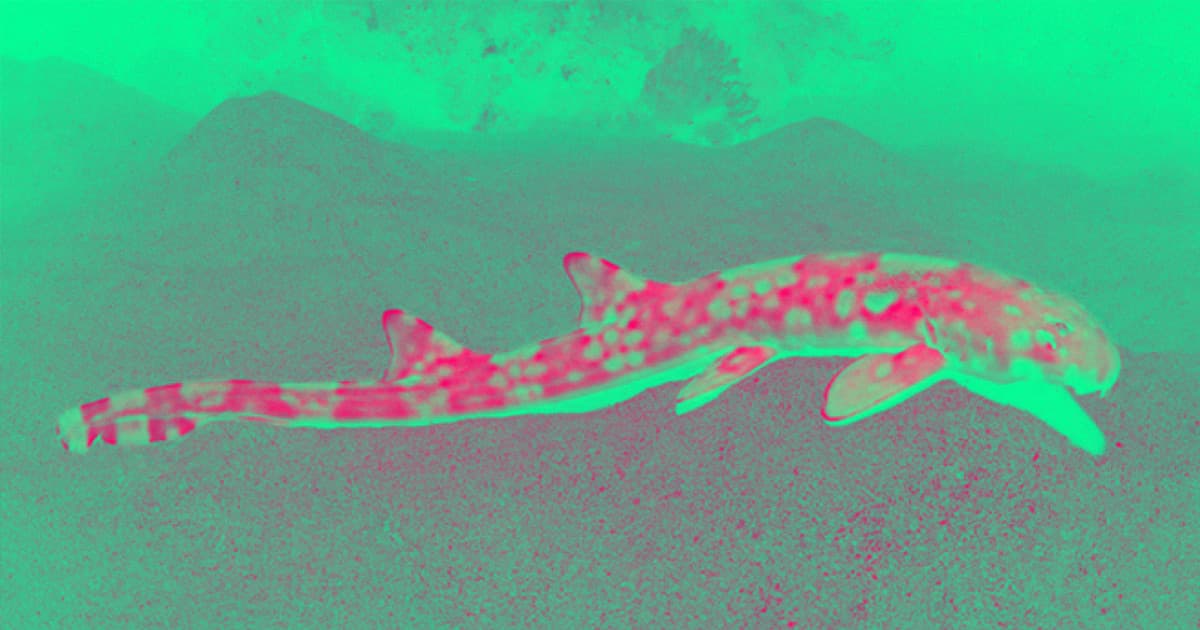 Sharks Are Evolving to Walk on Land

Four newly-discovered species of shark are capable of trotting around on land, using four fins as stubby legs.

They’re the most recently-evolved types of sharks known to science, according to CNET. And while they still live in the water, using their fins to crawl across coral reefs, they can briefly wriggle across dry land to migrate from one tide pool to another.

This means there are now nine known species of walking sharks, according to research published Tuesday in the journal Marine and Freshwater Research. And while a shark that can march out of the ocean may seem like it was plucked straight out of a nightmare, the scientists behind the discovery say that humanity is safe — for now.

“At less than a meter long on average, walking sharks present no threat to people,” University of Queensland researcher and lead author Christine Dudgeon said in a press release. “But their ability to withstand low oxygen environments and walk on their fins gives them a remarkable edge over their prey of small crustaceans and mollusks.”

READ MORE: These sharks can walk, and they’re adorable [CNET]